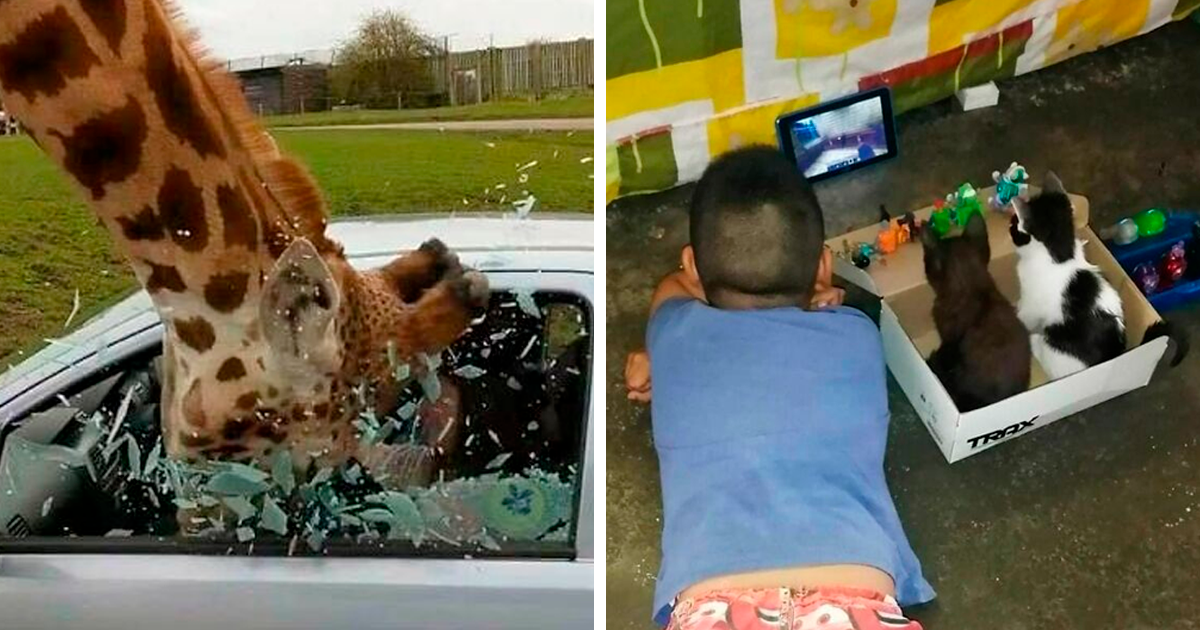 bored panda was interested in learning about animal and pet photography, so we reached out to Michelle Wood, a member of the team that runs the Comedy Pet Photography Awardsas good as The Comedy Wildlife Photography Awards. The photo of the pigeon with the leaf on its face, titled “I guess summer is over”, was taken by John Speirs and won the Spectrum Photo Creatures in the Air Award in the latter competition last year.

We also reached out to Toronto wildlife photographer Karen Weiler of Posh Pet Photography. Scroll down for both Bored Panda interviews, dear readers!

Bored Panda asked Michelle about the differences between photographing pets and taking photos of animals in the wild. She said the basics of photography apply either way, however, generally “you have more control over the animal if it’s a pet (unless you’re photographing a cat maybe) rather than, say, a wildebeest.”

“With a pet, it might be possible to help the narrative a bit, with treats, commands, a bit of training, and help from whoever is in the house. It’s a little trickier in the bush when observation and patience are key.. But there are so many amazing types of animals to photograph and some are much closer to you than you think. And you always need a bad luck either way,” she said.

“Last year, in the competition [The Comedy Wildlife Photography Awards 2021], a common pigeon with a leaf covering its face came very close to winning the whole thing. It was a wonderfully timed and lovely photo,” Michelle told Bored Panda, referring to Speirs’ wonderful photo which won one of the top awards. The photo has become so iconic that it has been shared and re-shared. on social media and in the news.