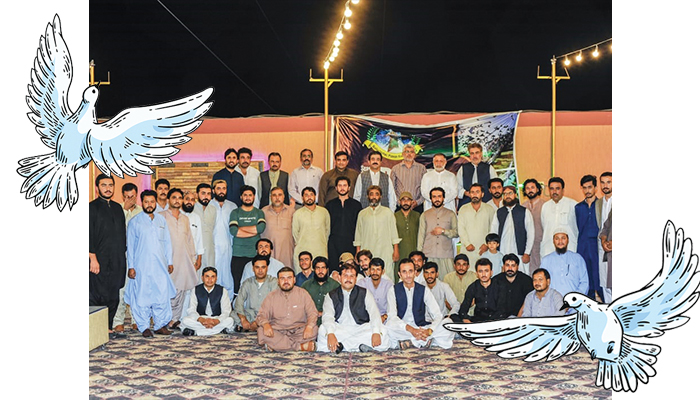 QUETTA: The domestic pigeon, once used as a means of sending and receiving messages between armies and empires, is now primarily trained for marathons.

In Balochistan, different clubs organize a specific marathon for the pigeons that compete for the title. It is considered expensive game and different types of domestic birds are imported and trained.

A marathon started from Jhao area of ​​Awaran district with a finish line of 560 kilometers, which is their “homeland” in Quetta. The champion of this race, the Blue Pearl, reached in five hours and 15 minutes, if calculated otherwise with a speed of 100 km per hour.

Syed Zaheer Abbas Shah, regional secretary of Balochistan Pigeon Racing Club, said News Bowl that he has been interested in pigeon racing since 2010. “Quetta is currently number one in pigeon racing because the old pigeon enthusiasts are here. Now the interest has spread all over Pakistan. We have been running for two years now. There is one season per year with five to six games.

In winter, these matches start in December or January and end in February, he added. “Our running club has 60 members, 40 of whom competed this time. There are different clubs in which each club has five to six matches. Lots of people are interested in racing but can’t afford to buy horses, so it’s a great hobby for them.

The regional secretary further said domestic bird breeds are either imported or “well domesticated” to avoid the spread of any disease. “We are finding a cure for this. We made Balochistan history and released 2,100 pigeons simultaneously. Speed ​​also recorded which was one minute sprint at 1,817 meters. The diet of racing pigeons varies. They [are] also provided multivitamins.

It’s an expensive hobby, but it’s growing, he commented. “A fan participated in the world championships this year and others will participate in international competitions next year. Pigeons with good races sell for a very high price. Because many people are poor, they [end up] sell them. »

Mohammad Amir Marri, a pigeon racing enthusiast, said: “I have been passionate about pigeon racing for three years now. It is a great achievement that this game was launched in Balochistan. Because nowadays gatherings have become very rare. This hobby is carried out even sitting at home. Pigeon racing is a source of peace of mind.

“We welcome the youth of Baluchistan to this sport. Previously, there was little information on where and how to import birds. This game is not perceived positively, but if you go abroad, this game is very popular,” he added.

In the past, pigeons were the means of communication, he explained. “During World War II, pigeons saved the lives of over 150 soldiers through messaging. I’m very supportive of this hobby. Whoever started it can’t leave it. And it’s a very cool game. In 2017, my partner and I imported birds. Then we found some friends who guided us.

Marri also said he imported certain breeds of pigeons from England. “We import [them] through authorized business partners. There have been some issues over the past two years due to the coronavirus situation. One bird has been sold for over 210 million rupees in the UK.

Many people have pigeons, but their training is important, he stressed. “There are [many] pigeon species. Some are long flying birds, some are fast birds. We also plan to launch long-distance sports in the future.

Marri revealed that he has kept 90 pigeons in his house, each of which is said to cost him Rs 15,000 per month. “And that only includes food. The type of grain to feed the pigeon is up to you. Previously, the supplements were not available in Pakistan at all. We order supplements from overseas which take up to two months to arrive.

Rafy Marri said News Bowl that the Balochistan Pigeon Racing Club organizes competitions every year. “We have organized many competitions over the past two years. We also have the fastest speed record in all of Pakistan.

“We are now moving the race to an electronic timing system which is international standard,” he said. “The bird is scanned and can be seen anywhere in the world, via ETS. Under this system, we will be running international competitions which will also be approved globally. These competitions are very popular internationally in Belgium and other European countries The importance of these competitions will increase with the advent of the ETS.

4 online loans that can help cover