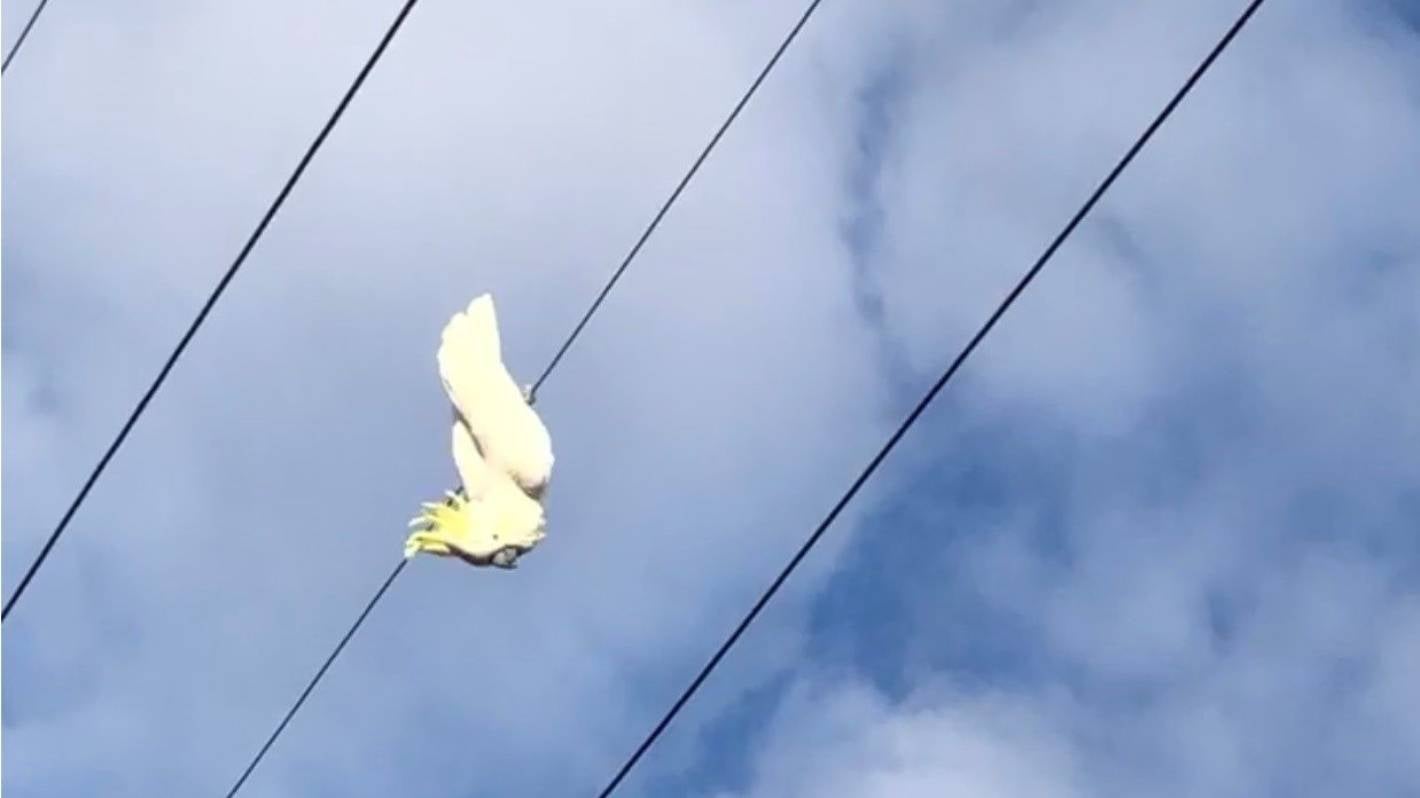 You’ve probably heard of a cat stuck in a tree, but the Auckland Fire Department says it’s “not uncommon” to be called in to rescue birds stuck in trees.

According to statistics released by Fire and Emergency NZ, brigades in Auckland responded to 218 animal-related calls in the year to May, and at least five of those were birds stuck at high ground.

Bird rescue can be a difficult task. Devonport firefighter Chonell Ford said she responded to two separate incidents, one involving a cockatoo and the other a cockatiel. Both rescues were bullshit.

“It was a bit of a disaster with the cockatiel. We ended up scaring him and he flew away.

READ MORE:
* 11-year-old boy rescues cat from tree too high for firefighters
* Fire crews battled to rescue a seagull trapped in a lamp post in Auckland – but the bird died
* Firefighters rescue an entangled pigeon stuck in a tree

Meanwhile, the cockatoo’s owner had put his bird in the same tree for 30 years, until one day he climbed too high and couldn’t be retrieved. But, by the time the firefighters intervened, the feathered friend had descended on his own.

Ford said fire crews are generally happy to help their local community: “It’s my favorite part of the job, as long as the animal survives.”

A member of the Takapuna Brigade said they rescued a seagull that got its leg stuck in the casing of a street lamp on Quay St in the CBD.

“It was such a visible place in the city and people were really worried, so he got a lot of 111 calls. There were so many people watching that it was causing traffic to build up,” he said. she declared.

“We decided to consider it as a training exercise with the new aerial ladder equipment. We released him, and he flew away to much applause.

A spokesperson for the Albany Fire Station said he witnessed a job where a kererū got stuck in a church steeple.

“When we got there he didn’t look like he wanted to come out, but we put up a ladder and grabbed him in a towel,” they said.

In the year ending May, Papatoetoe Station had rescued the most animals at 18, followed by Kumeu and Glen Eden at 14 each, Howick and Avondale at 13 and Henderson at 11.

Auckland Fire Union secretary Martin Campbell said people tended to phone the fire station when they didn’t know who else to call.

He said it was common for rural brigades to intervene when horses and cows were stuck in streams or sewers – and they had specialist equipment to lift them.

“But the birds tend to fly away and sometimes the cats climb too high in the tree.”

Sometimes a cat can be too high on a ladder for firefighters to reach – as was the case when an 11-year-old boy in Glendowie scaled a 15-metre tree after a cat got stuck for four days.

According to the Fire and Emergencies Act, the main function of a fire brigade is to prevent fires, respond to hazardous substances and free trapped people.

However, the law also allows for “additional duties”, including medical response, weather-related incidents and “any other situation, if FENZ has the capacity to assist”.

“Rescuing birds from trees is about the option to help if we can,” Campbell said.

“Firefighters are community-minded people, even though they have to prioritize what they’re dealing with.”

A flying cat jumps free from a tree after firefighters try to rescue it. (First published December 2016)