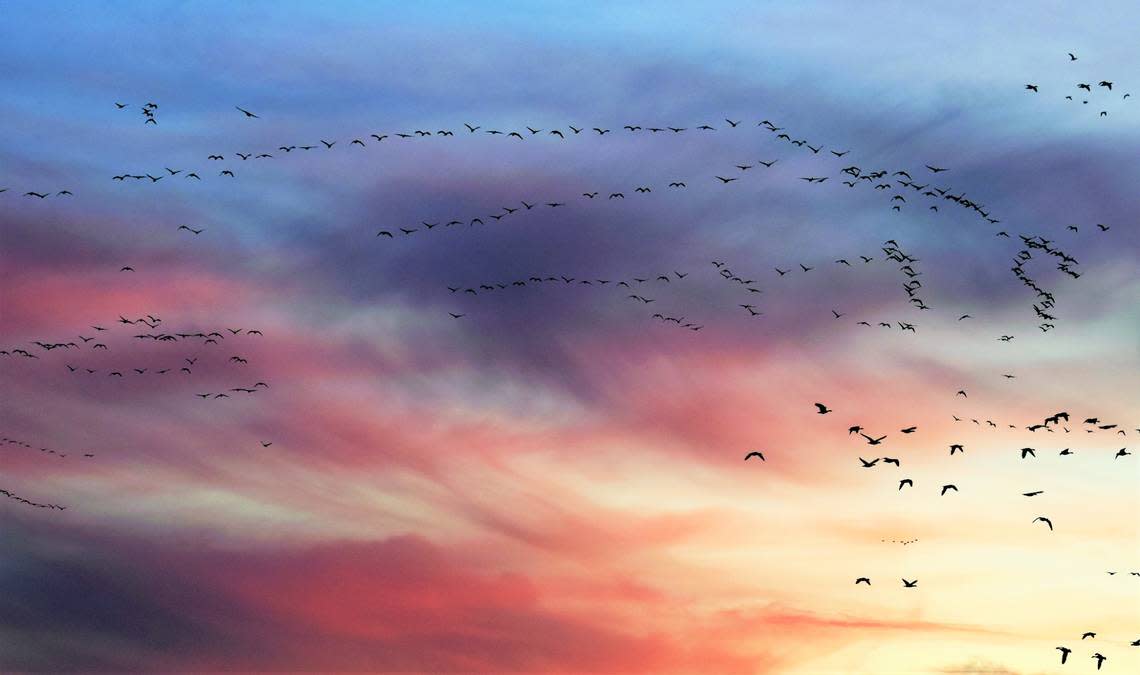 Avian flu detected in three wild birds in California. How dangerous is the virus?

Three cases of bird flu have been detected in wild birds in Colusa and Glenn counties, the California Department of Fish and Wildlife announced.

The U.S. Fish and Wildlife Service collected the three infected birds — two Canada geese and an American pelican — during a kill event at the Sacramento National Wildlife Refuge Complex on July 5. The US Department of Agriculture confirmed the presence of H5N1 avian influenza in the birds on Wednesday.

“These are the first detections of H5N1 avian influenza in wild birds in California,” state fire officials said in a news release Thursday. “Although avian influenza viruses circulate naturally among waterfowl, the H5N1 strain currently circulating in the United States and Canada has caused illness and death in a greater diversity of wild bird species than in the past. previous outbreaks of avian flu.”

The first cases of this strain of the virus were detected in captive and wild birds along Canada’s Atlantic coast in late 2021, according to the California Department of Fish and Wildlife website. Since January 2022, the strain has been detected in 1,825 wild birds in 42 states and the District of Columbia, as well as 386 domestic poultry and mixed-species flocks in 37 states.

No infections of this strain of the virus have been detected in humans in the United States, and the US Center for Disease Control and Prevention considers the risk to the general public to be low. The disease, which is rare in humans and usually caused by direct contact with birds or infected surfaces, can cause symptoms similar to human flu. There is no cure for the disease.

It is possible that the virus infect other mammals like bird flu virus evolve.

Last month, Washington state officials have announced the first confirmed case of bird flu in a raccoon in North America. Avian flu has already been detected in red foxes and skunks in North America. Elsewhere in the world, it has infected pigs in Asia, domestic cats in Germany and a domestic dog in Thailand.

Sacramento Zoo officials said Friday they would continue to take steps to protect the animals as part of its overall disease prevention plan.

“In some cases, birds – such as flamingos and others that live in the zoo’s outdoor lake habitat – will be temporarily relocated to safer accommodations away from the exhibit,” officials said. zoo. “Some of the larger birds – ostriches and emus – currently remain in their habitats under the supervision of animal care and veterinary teams, but may be moved to shelters.”

A Fall River police officer will remain at the treatment center