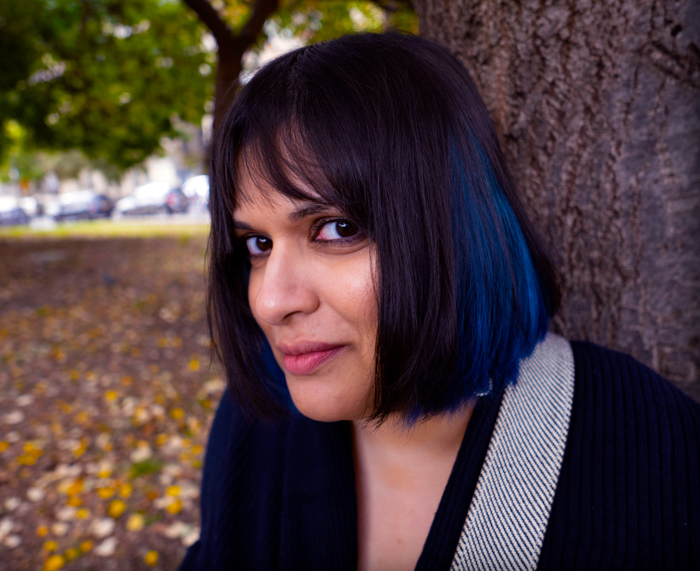 “I remember listening to the Beatles song ‘Paperback Writer’, hearing that throbbing, throbbing bass line that jumps out after the opening section,” she recalls. “Although I didn’t know it at the time, the tandem bass guitar and drummer feature laid the foundation for the whole band, which I came to love.”

She adds, “Another thing that appealed to me was being half of the team that makes sure everything runs smoothly when you’re creating music. You must have a connection to two bodies and one brain.

Banerjee found work at the Beacon Music Factory and spent five years in various positions, including operations manager and supervising its band training camps, which she also attended.

“Do the training camps [in which strangers come together to perform cover songs] was a great way to learn to play,” she says. “You learn to be part of a band, which is a practical part of learning the instrument. It stretched me a lot, because my musical theory was based on the piano. Here I was learning an instrument with a neck, frets, strings. I had to reinterpret the learning scales, no keyboard.

Ultimately, Banerjee says she felt “a bit stuck in the classic rock zone.” At 36, she is younger than the typical adult BMF student by about 15 years. When COVID-19 prevented band rehearsals, she focused on singing and songwriting. She will perform at Dogwood in Beacon on February 5 as part of a three-date series to celebrate the January 27 release of her EP, The way up.

Banerjee will be supported by Tony Cenicola on drums, Daria Grace on bass and James Rubino on guitar. During the lockdown, feeling crazy, she and Rubino recorded their own renditions of songs by other artists they love.

“The original version is great, but we used different instrumentation,” says Banerjee. “It was an experiment in creativity during a period of enforced stasis.”

Friends had encouraged Banerjee to make an original recording. “They kept saying they had faith, but the idea terrified me, even though I’m a writer in another life,” she says. “I was put in touch with Luke Folger, a drummer and composer who is a friend of a friend, who works for a company that makes jingles. He’s a prolific multi-instrumentalist and he knows how to write songs.

“We talked about what we would like the record to be,” she says. “At the time, I was starting intense therapy for grief and trauma related to my mother’s death when I was 12. It is a particularly difficult time, especially for a girl, to lose her mother. My dad and I realized that she didn’t want us to roll around in grief, so it was ‘carry on’, although we realized we might have taken it too literally and we didn’t. hadn’t fully dealt with his death. It can be weird being in your 30s and sorting through emotions you didn’t have at 12, but it’s a necessary process.

Folger suggested that he not worry about meter or rhyme, but just write. “It blew my mind a bit – everything I sent to him came back as lyrics,” she says.

After about a year of emails, Folger and Banerjee met in person in February for the first time, in the Bronx, to record the album. “We recorded the vocals in two marathon eight-hour sessions in an empty condo where we built a vocal booth,” says Banerjee.

Describing his sound as “early ’90s alternative pop-rock, like Red Hot Chili Peppers and Jamiroquai: kinda funky, eclectic, kinda dark,” Banerjee says the next step after recording became, “That can we do with that? ”

The first step was the mini-tour. “I wouldn’t have been able to do something like this if I hadn’t spent five years at Beacon Music Factory,” she says. “It’s not just the training, but the courage to do it. Doing this is so different from doing covers; these songs live in another part of my brain; it taps into a different part of my repertoire.

Banerjee was born in Washington, DC to Indian parents who came to the United States for higher education. Her father also studied classical violin and her mother studied singing in the classical Indian tradition. Ravi Shankar was a family friend.

After a childhood move to Chicago, Banerjee joined a touring children’s choir, which she found to be respite from the “racist xenophobia” she experienced in school. The family later moved to the San Francisco area, and Banerjee discovered musical theater, which she pursued at Vassar College in Poughkeepsie, where she majored in film and wrote her thesis on Bollywood.

“I came to New York to go to college and never left; I fell in love with the Hudson Valley,” she says. She worked at Mohonk Mountain House after graduating, then traveled to New York before moving to Beacon, where she was a writer and podcaster at Story Screen.

After accessorizing her debut album with all of today’s marketing paraphernalia, including YouTube videos, targeted ads and a social media blitz, Banerjee is ready for the heart of it all: hit the stage and perform. , something she hasn’t done in a while. .

Dogwood is located at 47 East Main St. in Beacon. The Way Up can be purchased through reeyabanerjee.com, which also contains links to his music videos.

What’s up with… Telecoms pricing in the UK, the EU Digital Services Act, Telenor in Myanmar, the evolution of access