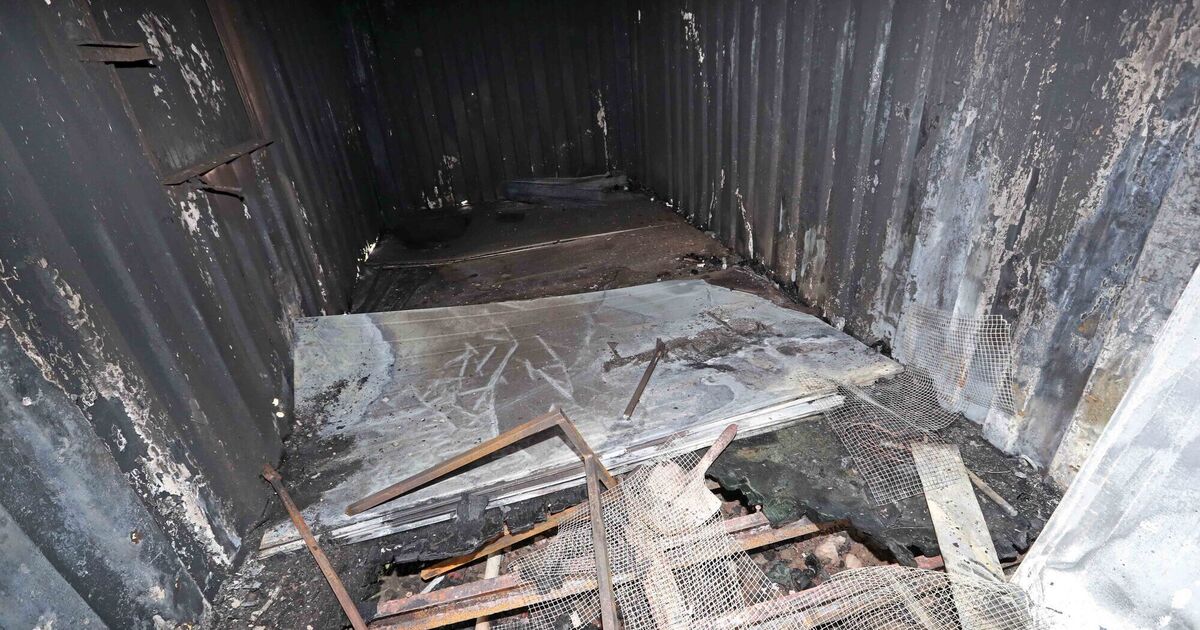 MEMBERS of a Cork Pigeon Racing Club were left ‘disgusted’ and ‘disappointed’ after one of their storage containers was destroyed by fire on Bonfire Night.

The container, owned by the Cork Harbor View Pigeon Club based on John F Connolly Road in Churchfield, has been left in ruins following the fire that occurred late Wednesday evening or early Thursday morning.

The storage container contained baskets used by pigeon fanciers for transport, all of which were destroyed.

“We are devastated to lose our baskets – losing them could hamper the rest of the season as we are literally in the middle of racing season now,” club secretary Charles Foley told The Echo.

â€œThen there’s the cost of getting rid of the existing container and trying to get a new one instead.

â€œWe don’t have the funds for this. We’re going to have to try to sort something, â€Mr. Foley said.

â€œI hope we can get support from local councilors or local businesses.

â€œWe’re just really disappointed. It’s a community sport, but it’s a sport in decline and what happened here could dampen the enthusiasm.

“This type of behavior is totally unacceptable.

â€œThe club members are very upset and angry with this recent event.

“I call on all parents to make sure they know where their children are at all times.

â€œSomeone could have been injured and worse still, trapped inside the container,â€ he said.

His party colleague Mick Nugent called for an end to these acts of vandalism.

â€œUnfortunately this vandalism has followed a trend in recent years of incidents at a number of sports clubs in the northwest of the city, these are attacks on community facilities and should stop,â€ he said.

The container is one of two owned by the club, the second being used as a clubhouse.

Another club member, Willie Long, said the seats in the second container had been removed and burned.

â€œOur seats that were inside in the other container – that container was broken into and the seats were burnt and they also burned part of a pigeon computer clock that we were using to run pigeons. ”

Mr Long was alerted to the blaze by a friend of his early Thursday, who spotted the flames at St Vincent’s Hurling and Football Club nearby.

“It was a friend of mine from the St Vincent club who called me Thursday morning around 9 am and he told me that one of your containers of pigeons seemed to be on fire,” Mr. Long said. .

“It’s a horrible, horrible feeling to wake up.”

Mr. Long said the club, which was formed around 16 years ago, has a wide range of members.

â€œOur youngest member is seven years old. He joined this year with his mom.

“We couldn’t let him see it that way [the container] was because he would be heartbroken.

A Garda spokesperson confirmed that investigations into the incident are ongoing.

â€œGardaÃ­ is investigating an incident of criminal damage and theft at a sports club in the Churchfield area of â€‹â€‹Cork on June 23, 2021.

â€œA container at the scene was set on fire and a number of items appeared to have been stolen. No injuries reported. The investigation is ongoing. “

“The worst day in the history of pigeon racing”: thousands of birds disappear during the race