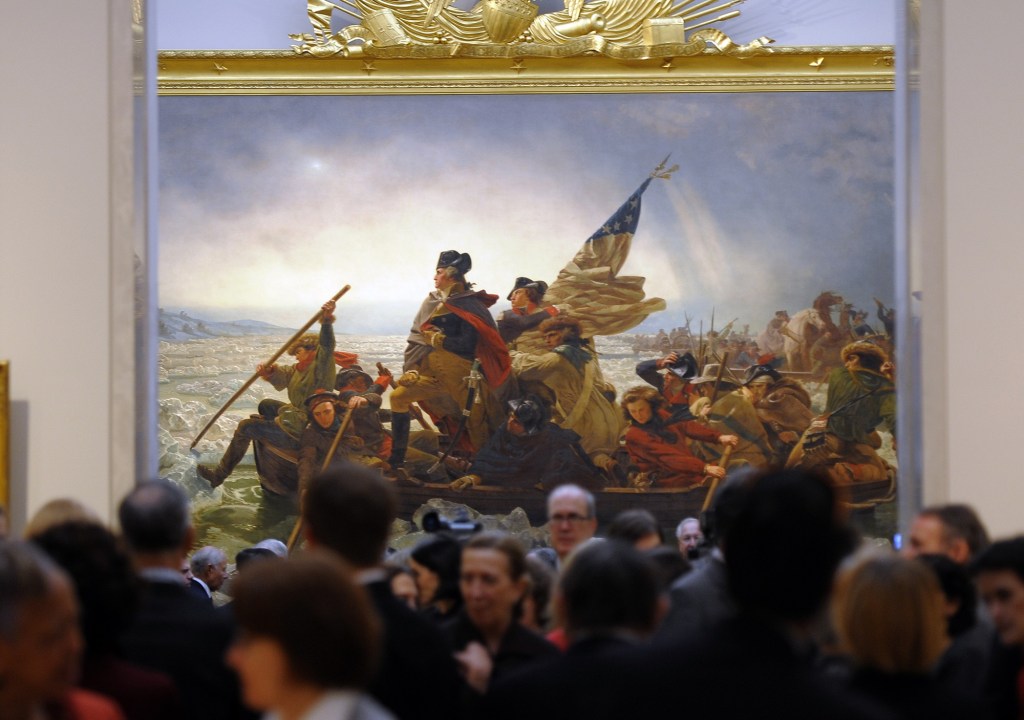 If the claim that George Washington never lied was just a harmless little lie, that would be fine.
If the claim was about James Madison, John Adams, or Thomas Jefferson, it would be just one in a long line of platitudes about our founding fathers.

Washington, however, is first among equals, the “father of our country” who, according to his early biographers, was practically born virtuous. This seemingly innocent piece of patriotic mythmaking has disturbing consequences that play out even today in the continued caricature of the innocent American.

He lives in the stubborn belief of many of us that ours is the greatest nation in history, a Garden of Eden coming to life with a government of freedom-loving peoples that other nations should seek to emulate. .

The bromide about Washington’s immaculate honesty is rooted, of course, in the fairy tale that, at the age of 6, he confessed to his father that he had cut down a cherry tree on their property, saying: “Father, I can’t tell a lie.”

Serious historians have found no evidence of this incident, and there is no contemporary record of it during Washington’s lifetime. It first appeared in a book by Mason Locke Weems. And the tale didn’t even make the first edition published in 1800, a year after Washington’s death. Weems added it for the second edition six years later, apparently to help goose sales.

Weems was not so much a biographer as a hagiographer. He was an itinerant minister and a bookseller, and in his “The Life of Washington” he found a way to merge the two occupations into a remarkably profitable business. Weems intended to portray Washington as a modern fusion of Abraham and Christ, a blameless patriarch who gave birth to a vast nation favored by God.

Weems did not apologize for his lack of objectivity about Washington, using a clear allusion to the resurrection of Christ when telling a potential editor that his plan was “to show that his unprecedented ascension and elevation were due to his great virtue”. The subtitle of his book was: “Equally honorable to himself and exemplary to his young countrymen”.

While Weems’ book became an instant bestseller, Washington’s transformation into a mythical, messianic figure had just begun. In 1836, William Homes McGuffey included a story called “The Little Boy and the Hatchet” in his McGuffey Readers, hugely popular high school books. Thus was initiated the indoctrination of schoolchildren throughout the 19th century and into the next, as generations of Americans learned to describe Washington’s character and, by inference, his biblical blessing upon his patriotic offspring.

The story of the cherry tree is too much, even for the Mount Vernon Ladies Association, the premier national historic preservation society. Founded in 1853 to save the dilapidated former Washington Estate on the Potomac River south of the nation’s capital, the organization now lists the “cherry tree myth” as the most enduring legend about it.

“For much of his adult life, many sought to perfect the image of the father of our nation, and after his death others sought to deify the man,” the group explains.

Beyond mere persistence through the ages, the George Washington myth has served a darker mission. It helped us whitewash the genocide of Native Americans, the rape of their land, the enslavement of Africans, and all sorts of imperial adventures abroad, from Vietnam to Iraq — despite Washington’s warning himself, in his farewell speech as president, to avoid entangled alliances.

There is no doubt, from the accounts of his contemporaries, that Washington was a virtuous man. His dependability and leadership qualities inspired the other founders to choose him as general of the Continental Army, military strategist of the American Revolution and, after independence, the first president of their new nation.

Yet Washington himself would no doubt have paled at the thought that he never lied. When Martha cooked him a dinner of potted pigeon and meat that was burned in the family hearth, George probably didn’t tell her it was inedible. More importantly, we can imagine the night of December 25, 1776, so appropriately for American history falling on Christmas. In the hours before crossing the Delaware River, immortalized in Emanuel Leutze’s majestic 1851 oil painting, Washington led 2,400 Continental troops through the cold woods of Bucks County, Pennsylvania.

In order to keep the attack surprise and prevent enemy forces from gaining advanced intelligence, he did not brief his troops on their mission. Most of Washington’s soldiers were simple boys, many from the countryside, and few were as sophisticated as he was. One of his colonels surely relayed the grumbling among the troops and asked the general where they were going as the last glimmer of the sun faded into the water. Just as surely, Washington didn’t say they were about to cross an icy river and attack the Hessians, German auxiliaries (mercenaries in today’s parlance) stationed across the river at Trenton. , New Jersey.

At best, Washington’s response was a lie of omission, a diplomatic non-response. Or our nation’s father could just as well have instructed his assistant: “Tell the men we’ve embarked on a night training mission that will mold their characters and make them better soldiers.”

In this moment, as in so many other moments in George Washington’s exemplary life, the mission of building a nascent nation was more important than constructing a myth of his unfailing truthfulness.

James Rosen, a former Washington Bureau reporter for McClatchy Newspapers, has received several honors from the National Press Club, Military Reporters and Editors, and other honors. He wrote this for InsideSources.com. TNS did not subsidize the writing of this column; the opinions are those of the author and do not necessarily represent the views of TNS or its editors. ©2022 Tribune Content Agency, LLC