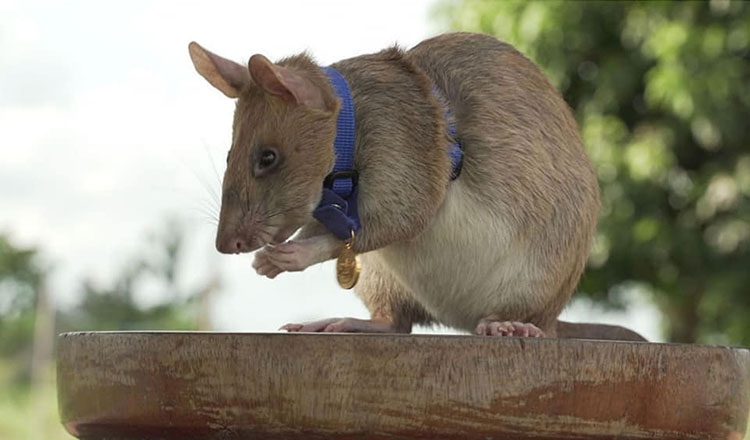 The Cambodian Mine Action and Victim Assistance Authority (CMAA) and Anti-Personnel Landmine Detection Product Development (APOPO) have expressed their sorrow over the death of Magawa, an award-winning HeroRAT, who participated in unexploded ordnance clearance missions and saved many Cambodians. Lives.

“Magawa was a close friend of Cambodia’s landmine family members and a close partner in Cambodia’s Joint Mine Clearance Mission across hundreds of hectares of land, including helping to save the lives of hundreds of Cambodians and avert disabilities,” Thuch said.

He added that APOPO is now considered a leading organization in training rats to sense mines very skillfully, as more than 20 to 30 rats have become HeroRATs thanks to APOPO.

On Tuesday, APOPO posted on his Facebook page that he announced with a heavy heart of sorrow that HeroRAT Magawa passed away peacefully last weekend.

APOPO said Magawa was in good health and had spent most of the last week playing with the usual enthusiasm, but towards the weekend he started to slow down, napping more and showing less interest. for food during his last days.

APOPO added that Magawa recently celebrated her birthday in November, reaching the age of eight.

“We are grateful for the incredible job he has done. During his career, Magawa has found over 100 landmines and other explosives, making him APOPO’s most successful HeroRAT to date.

Its contribution enables Cambodian communities to live, work and play; without fear of losing life or limb,” APOPO said.

APOPO also said Magawa will leave a lasting legacy in the lives he saved as a landmine rat in Cambodia.

Magawa was the first rat to receive a medal from UK veterinary charity PDSA in the awards’ 77 years, joining an illustrious group of brave canines, felines – and even a pigeon.

Magawa, a giant African rat from Tanzania, has helped clear around 225,000 square meters of land – the equivalent of 42 football pitches during his career.