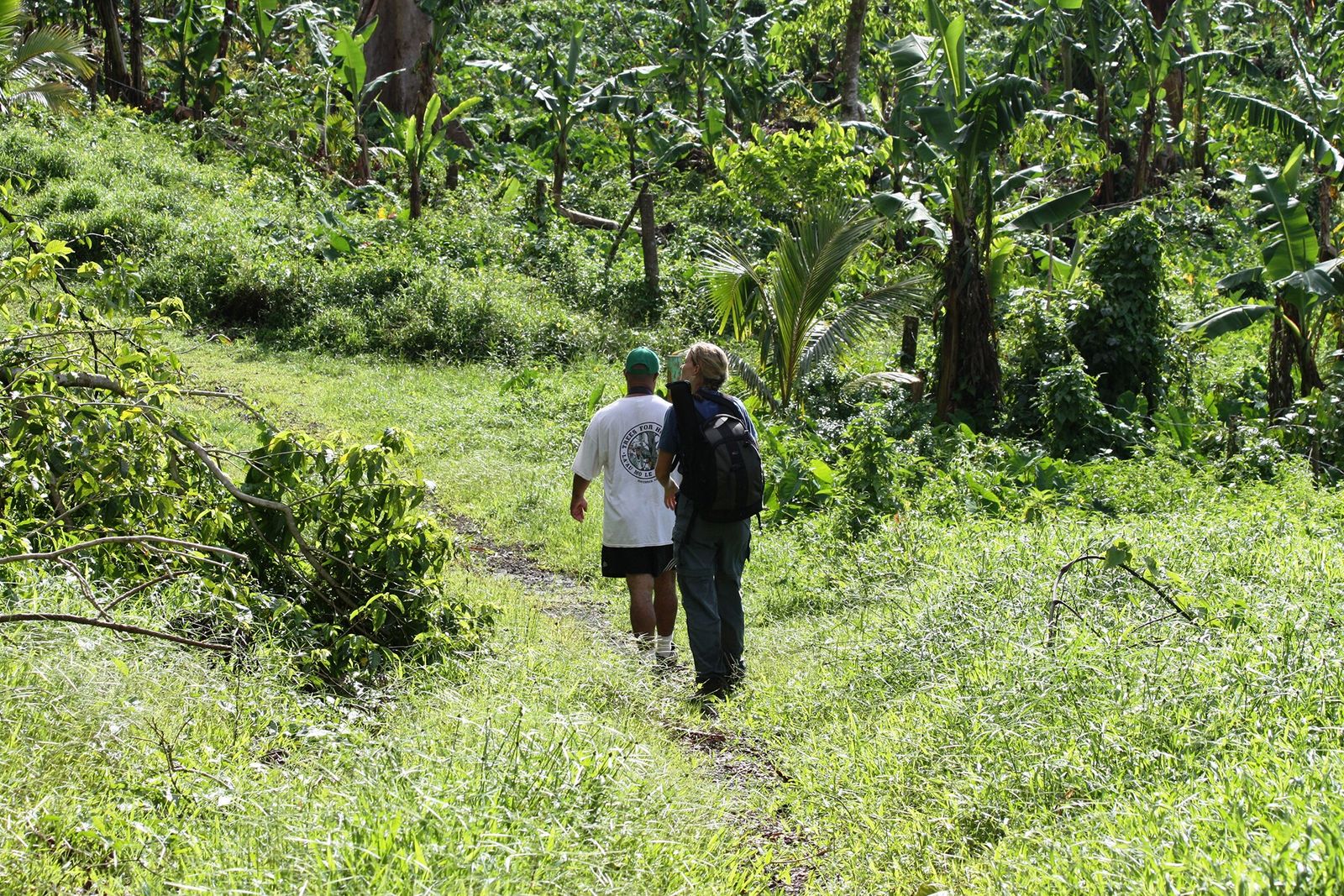 â€œI had a leech on my eyeball the last time we walked into the field,â€ Rebecca tells me happily, as I helicopter my arms in a futile mosquito defense. My companions are relentlessly optimistic about the ailments of a rainforest – Toni bounces happily like jelly on springs as Rebecca launches into a story about the bite of a centipede. Guess you have to stay positive when you’re in the jungle.

We are here in Samoa, looking for sleep. Well, not a real dodo, now extinct, but the remaining closest relative of the dodo, nonetheless. â€œThis is proven genetics, not some fancy theory! Says Rebecca fiercely. The manumea (or tooth-billed pigeon) – affectionately known as the little dodo – has a large, hooked bill and includes a pair of toothed projections that are likely used to crack the seeds of maota trees. I say “probably” because not much is known for sure about what the manumea eats or where it nests, or anything else. What we can say for sure, however, is that the manumea is precariously close to having more in common with the dodo than a similar DNA.

In 1994, it was estimated that there were 2,000 manumea left on the main islands of Samoa, Upolu and Savai’i, the only places on Earth where they live, but recent studies suggest the population may have fallen below 200. Rebecca, a New Zealand scientist who for two and a half years has settled in the mountain forests here, only encountered 10 manumea during her fieldwork. Toni, employed by the Ministry of the Environment, spotted only one. There aren’t even any confirmed recordings of her call.

This seemingly gloomy situation has focused minds, as it is not just a clumsy-looking pigeon with interesting ancestors. The manumea is the national bird of Samoa, the bird that is painted on the backs of buses and defended on the country’s banknotes. It is unthinkable that this emblematic species, this symbol of a nation, could sink quietly into oblivion. Something must be done.

We continue along the path between the flared ferns and the tree trunks covered with lianas, on one of Rebecca and Toni’s regular reconnaissance missions in the interior of Upolu. Toni points to a pair of white-throated pigeons and takes their hands to copy their cooing. The manumea’s call is weaker, he said, moving his fingers to create a deeper, warmer sound. â€œSo much birdwatching relies on sound,â€ Rebecca comments, but Toni isn’t listening. Instead, he tracks down a crimson-crowned fruit dove, before hiding in the undergrowth to pluck taro plants – their leaves like elephant ears – to eat them later.

After 30 minutes, we reach our destination: the village of Tiavi, and a vast banyan tree, its gnarled branches clinging to the sky. Rumor has it that this tree is the favorite perch of a manumea in the village. It is a precious lead.

Toni, Rebecca and I monitor the area, while an elderly woman watches, amused, from the porch of a nearby hut. “This is the first territory of manumea”, they chirp enthusiastically. “Do you see the maotas, tall and slender with their bushy crowns? Mainland!” Could the villagers have seen another species of pigeon, I wonder. No, no, Rebecca assures me. They had described the awkward flight and oversized head of the manumea. And its bright orange beak: Although decades-old photos of a captive bird show a dull peach-colored beak, it is a garish carrot color on specimens in the wild. Of course, this individual may have been killed in the recent storm that ravaged the islands, they think. But the elderly woman from the neighboring hut isn’t about to let a thunderstorm down on the parade. “I’m sure he’s still there,” she calls us. â€œHe’s probably watching you right now. Toni is barely able to control herself, leaping back and forth like a forest bird.

There are so many questions to answer about manumea. Does he lay his eggs on the ground? This is what an 18e-th century visitor to the islands had written in his journal. If this were the case, the eggs would be at the mercy of modern invaders like rats and cats. Or is the decline of the bird more due to the creeping clearing of the forest for village plantations. Rebecca assesses the scenery with a trained eye, judging the positions of sound recorders, cameras and feeders. She makes plans. Perhaps the manumea will return to the banyan tree, and they can set up an observation area for tourists. Meanwhile, Toni makes her way through the greenery, dragging fast-flapping starlings and reaching out to see a flat-billed kingfisher on a branch.

While Rebecca is planning, Toni is hovering and whether or not the manumea is spying on us from a leafy hiding place, I lean on the banyan tree and watch things unfold. “He’s a miti,” Rebecca said, interrupting my thoughts, and nodding at a little bird hovering in the branches. It’s a small dot on a vast canvas, but doesn’t seem intimidated. “‘Miti’ means ‘to dream’,” she continues. “They are cuties.”

” What is that ? Toni calls in an electric whisper, still for a change and looking halfway. He just saw a big shape light up in a mess in a tree, he explains urgently. We point binoculars and cameras in his direction. Â»Fruit bat? Rebecca asks. â€œNo,â€ Toni insists, â€œnot a fruit bat – I’ve seen it roost, not hang. not a bat! “For several minutes, we long for a little sleep, breath held back and eyes strained towards the foliage, until the rather large form launches out and moves away.” A fruit-eating bat Toni says neutrally, as if he’d told us all along, then sets off after a blue-crowned lorikeet.