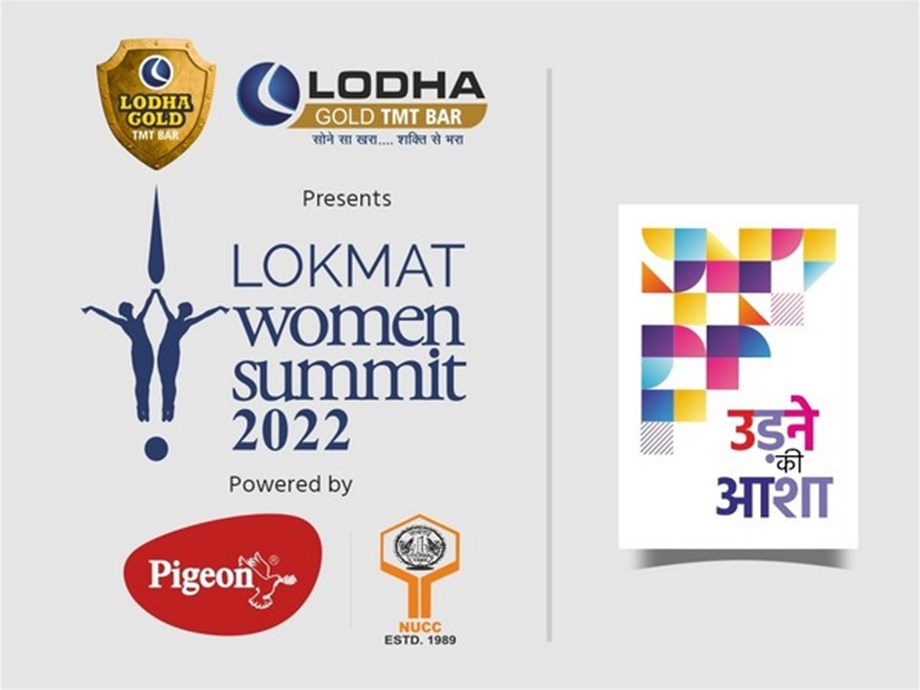 New Delhi [India], May 15 (ANI/Lokmat Media Group): Women are capable from birth. She is constantly at odds with the customs and traditions that seek to enslave her. Every woman has a dream. She continues to struggle to accomplish it. The ninth Lokmat Women Summit inspired women to dream big. The message of the dignity of women has spread throughout the country. This gave new energy to the women’s empowerment movement. Lodha Gold TMT Bar supported the ninth Lokmat Women’s Summit in association with Pigeon and Nirmal Ujjwal Credit Cooperative Society Limited, Nagpur, held at Center Point Hotel on Saturday. The theme was “Udne ki Aasha”, every woman’s dream to fly high.

The contribution of women is greater than that of men in all sectors. Women have provided capable prime ministers, presidents and chief ministers to the country. Nowadays, girls are at the top of all exams. The government of Maha Vikas Aghadi (MVA) strongly supports women on their journey to success, Nagpur Guardian Minister Nitin Raut has said, adding that the state government will better implement women’s empowerment policies. . Thanks to the initiative taken by Mahatma Jyotiba Phule and Savitribai Phule, girls in India have been able to be educated. Dr. Babasaheb Ambedkar’s Constitution provided for gender equality, he added. Mothers should empower daughters: Rupali Chakankar

The struggle for daughters begins in their mother’s womb. It is a mother’s duty to empower her daughters in this struggle, said Maharashtra State Commission for Women Chairperson Rupali Chakankar. She further said that everyone is facing physical discomfort during the Covid pandemic. Mental discomfort exploded during this time. Most cases of domestic violence have taken place during the pandemic. A major campaign was to be launched to prevent child marriages. The State Commission for Women had to set up a hotline due to the increase in crimes against women. We were to launch the “Aayog Aplya Dari” campaign. Chakankar was distressed that society had developed an evil mentality about women recounting atrocities against women in society. Financial literacy must go hand in hand with women’s empowerment: Vijay Darda

Women have achieved success in various fields through hard work and strong willpower. Every woman has a new hope. We strive to fulfill them through the Lokmat Women’s Summit. In the coming days, along with empowering women, giving them financial literacy and educating them about saving would be our focus, said Lokmat Editorial Board Chairman and former Rajya Sabha member Vijay Darda. Lokmat coined the slogan “Beti Bachao Beti Padhao” at its 2011 Women’s Summit. In 2015, the central government took concrete steps to implement it. We have also highlighted the issues of working women, their struggles, etc. A large number of girls are still deprived of education and they should not be discriminated against, he said. Ask the Girls to Break the Glass Ceiling: Manisha Mhaiskar

Mothers tell their young daughters that Cinderella is sought through her glass sandal. Now you should not tell the girls about the glass sandals, but about the glass ceilings that still exist in our society, said the principal secretary of the Department of Environment and Protocol, Manisha Mhaiskar. The past is gone while no one has seen the future. Therefore, you should learn to live for the present, she said. Mhaiskar recounted his good and bad experiences during his days at IAS. She regrets that women are judged subjectively based on their work style. The women have proven themselves to be good administrators through their work, she added. Isha Koppikar, actress, said: “Every woman is different. My dad is a doctor, but I’ve done modeling and worked in movies. Don’t compete with men. Every woman is a king. don’t agree with everything. Always believe in yourself and your strength”.

Ketaki Jani, alopecia survivor and activist, “I used to have long hair but due to alopecia I had to suffer losing it. I tried many medications but nothing worked. This situation was the reason for my depression and I even started to think about ending my life. It was thanks to my children that I held on and decided to fight.” Rasika Dugal, actress, said: “You have to have the confidence to work with different people. Rasika pointed out that men get promoted but women don’t get as many opportunities, but we have to keep working hard and believe in our dreams to achieve it.

Arti Singh, PC, Amravati, the country’s only female police commissioner said: “My career has been different. Even today in society, the mentality of having a son or a daughter is still ingrained. If there is a boy, there is a different reaction and if there is a girl, there is a different reaction. To change society, this gap, this mentality must be changed. Zakia Soman, founding member of Bharatiya Muslim Mahila Andolan, said: “The issue of triple divorce is always on my mind. The plight of Muslim women has not disappeared. Our society is dominated by men. The voice against the triple divorce is a historic beginning. “

Lokmat Media Pvt Ltd is a leading multimedia platform media company with interests in a diverse portfolio of publishing, broadcast, digital, entertainment, community and sports verticals. It has over 3,000 employees and has a pan-India network of offices. Lokmat Media Group publishes India’s No.1 Marathi daily Lokmat, Lokmat Samachar and Lokmat Times with a combined readership of 25.6 million readers (source: All India, Total readership, IRS 2019, Q4).

Keeping abreast of the changing digital landscape, Lokmat Group makes its content available to its readers through its multilingual news portals and mobile news app. Lokmat entered the television space in 2008 and co-owns a 24-hour news and current affairs channel “News18 Lokmat” (formerly IBN Lokmat), through a joint venture with Network18 Group.

Lokmat Experiential Marketing Division – Taplight organizes various annual properties such as ‘Lokmat Maharashtrian of the Year’, ‘Lokmat Most Stylish’, ‘Lokmat Women Summit’, ‘Lokmat Parliamentary Awards’, ‘Lokmat Sarpanch Awards’, ‘Lokmat Infra Conclave’ , ‘Lokmat Digital Influencer Award’; etc which are the benchmarks in their respective categories. It also provides comprehensive 360-degree marketing solutions to customers, including “Below The Line” promotions and customer-led activations. It is the largest event management company in Maharashtra in terms of number of events held. This division also organizes various community forums focusing on women, youth and children. This story is provided by Lokmat Media Group. ANI shall in no way be responsible for the content of this article. (ANI/Lokmat Media Group)

(This story has not been edited by the Devdiscourse team and is auto-generated from a syndicated feed.)