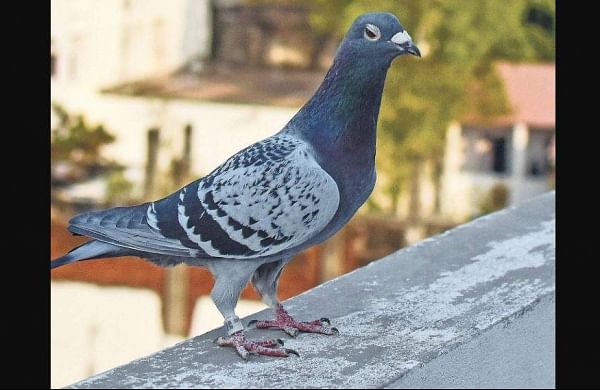 Meet the Feathered Racers of Hyderabad – The New Indian Express

HYDERABAD: Queen had to go home at all costs. She flew relentlessly, braving the headwind and the menacing hawks circling overhead. She flew day and night. She traveled 1,000 km in 16 hours from an unknown place called Gwalior in Madhya Pradesh. Soon she was able to spot her home in Hyderabad, Mallepally to be precise. It’s a carrier pigeon. She always comes home. There are times when the birds get hurt from hawk attacks, but they still come back. In the mild weather of December and January, it’s not just the kites that claim a slice of Hyderabad’s sky. It’s also carrier pigeon racing season and enthusiasts have already started rehearsals.

“The Hyderabad Homer Pigeon Club (HHPC) was established in 2010 and now has 20 members. We usually run among ourselves – 200 km, 250 km, 350 km and more. Our club’s first race this year will be on December 23,” says club president Dr. Shakir Noman. Recalling how pigeons have always been a part of his life, Dr Noman adds: “My grandmother was a pigeon enthusiast. My brother and I spent our childhood among them. It is this passion that also attracted me to racing pigeons. Queen, who returned from Gwalior, belongs to this club.

Saif Mohammad Khan, racing secretary of the Deccan Pigeon Force Club (DPFC), had a similar affinity. He grew up on a farm and his grandfather loved pigeons. His club also has 20 members, 12 of whom will be racing this year. “Kolkata and Chennai are the hubs of pigeon racing in India. It was started by the British soldiers who had returned from the war in Kolkata. Pigeons were widely used during the world wars to convey messages,” says Saif .

DPFC’s first race will take place on December 16th. They have different racing categories like Young Derby (for yearlings), Open Races (pigeons over a year old) and Open Derby (pigeons of all rings). Rings are unique numbers assigned to all members. The price of each pigeon starts from Rs 10,000 and goes higher. A Belgian carrier pigeon, Bolt, holds the world record sold at 400,000 USD.

“To begin, the birds are brought to a location and then carried in an open basket to the release location. As the birds prefer to fly north to south, we go north to choose release points. at the point of release, we release the birds and return. The birds fly to their respective homes. They are tagged with an external and internal number. The pigeon that returns first wins,” says Dr. Nouman. The more they practice the birds the better they fly.DPFC have started training the birds, which is called throwing.They recently had a throwing session where they released the birds from Kamareddy.

“Carrier pigeons are more muscular than ordinary rock pigeons. They hold their chest upright and the body is shaped like a betel leaf. Those with a white pattern are called Feet. There are also checkered and blue ones,” says Dr Noman, showing off the beautiful wing pattern of his champion bird, Queen. “You can tell if a bird is flying short or long from the wing pattern,” he adds. The doctor, who spends Rs 20,000 a month on his birds, says the birds feed on a mixture of cereals including maize, jowar, wheat and pulses. They also receive multivitamins and are vaccinated four to five times a year.
“The birds are also dewormed and given grit, which helps them digest the grains,” says DPFC’s Saif. After the import of birds was banned in India about 10 years ago due to a global outbreak of bird flu, most of these birds are sourced from Kolkata and Chennai, he says.

How do they navigate?

Popular theories are that homing pigeons use magnetic fields or low frequency sound to find their way through the sky. Whatever the reason, Dr Noman believes God gave pigeons their own GPS system.

The doctor has debunked reports that the game was involved in racing pigeons or that it constituted animal cruelty. “It’s just a hobby. We take good care of the birds, and don’t fly them very long distances. We also strictly prohibit betting.