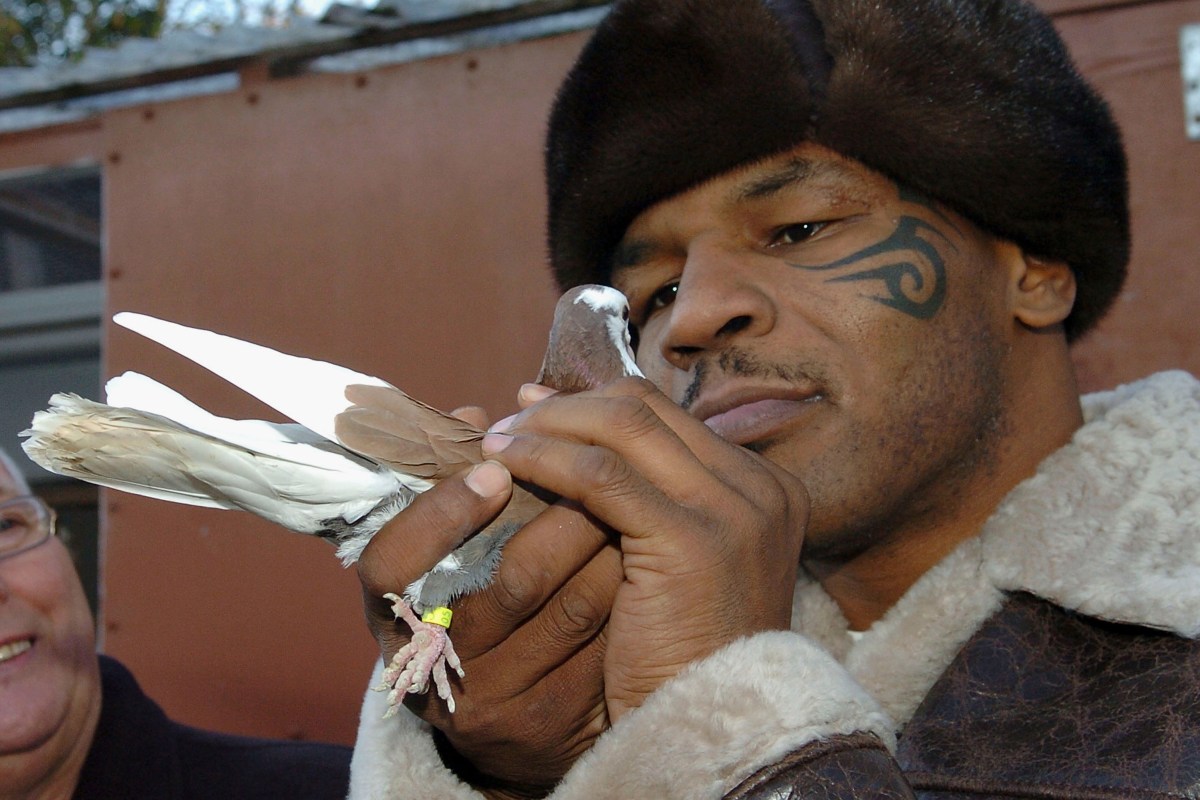 Mike Tyson was “the baddest man on the planet” but has fought for pigeons, followed a vegan diet, owns a 40 acre weed ranch and loves tennis.

During his illustrious heyday, Mike Tyson was known as “the baddest man on the planet” and although he’s retired he’s still pretty scary.

The 55-year-old boxing legend made a return to the ring in 2020 against Roy Jones Jr and regularly posts workout videos showing that his quick hands and power haven’t gone away.

Tyson ruled the heavyweight division, while many aspects of his troubled life are well documented – including his rape conviction in 1992.

The Brooklyn-born fighter has more than just his exploits in the ring and has lots of colorful and unusual hobbies and habits.

Here, talkSPORT.com takes a look at some things you might not know about the legendary boxer.

Tyson’s love for pigeons dates back to his childhood on the streets of Brooklyn and they caused him his very first fight.

A child stole one of his pigeons and tore off its head, so a 10-year-old Tyson decided to fight him.

“He ripped off the bird’s head, hit me with the bird, threw blood at me, slapped me,” Tyson said in an interview.

“So my friend said ‘Mike, fight him. Don’t be afraid, fight him.… I just fought, it’s not like I’m sensational. I was just fought him. ‘run away, and I guess I hit him more than he hit me, so I won, I guess.

Birds have been constant for Tyson throughout his life and have caused him a lot of drama.

He once gave a ‘titanic’ right hand to a garbage collector after he threw away his favorite pigeon, which was dead.

Tyson also broke up with a girlfriend who cooked and ate one of his pigeons.

The heavyweight legend also struck up an unlikely friendship with a Walsall-based pigeon fancier called Horace Potts and met him in England.

He is still believed to have over 1,000 birds and has been a great love for him throughout his life.

Tyson feasted on a diet of steak, alcohol and drugs after finishing his fighting career, and it saw his weight swell to 27 stones.

In 2010 he decided to switch to a plant based diet and helped him lose a lot of weight and he also claims that it helped alleviate some of his health issues.

After being a vegan for a decade, he’s decided to return to meat as he prepares for his return to the ring in 2020.

Tyson told UFC commentator Joe Rogan on his podcast, “I quit because of the training and because of what I wanted my body to look like and the strength I wanted to put down.

“I only eat elk and bison – wild stuff – and I’m starting to feel great.

“I realized that things that are good for other people – like kale, vegetables and blueberries – are really toxic to me.”

In the last years of his retirement, “Iron Mike” started his own cannabis company Tyson Holistic Holdings and Tyson Ranch.

The former undisputed heavyweight champion has struggled for years with drug addiction, including cocaine, but has said he finds solace in marijuana.

OFFER OF THE DAY

Tyson owns a 40 acre weed ranch in California, which reportedly earns him around £ 500,000 a month.

He was also building a 418-acre weed-themed vacation resort that he hoped would rival the Coachella Music Festival.

Tyson discovered a love for tennis later in his life and has attended games at the US Open and Indian Wells regularly over the years, sitting in the front row and cheering on his favorite players.

One of the main reasons he developed his love for the game is his daughter, Milan.

The 12-year-old is an aspiring tennis star and even trained with Serena Williams’ coach Patrick Mouratoglou.

In a podcast with the tennis coach, Mouratoglou said: “One of your children, Milan, is playing and she is a good tennis player. She is talented and very motivated to become a professional.

Tyson admitted that tennis has “changed his life”. He said: “It broadened my horizons and I’m grateful to be involved and to meet everyone. It changed our life.

“Our whole life has changed with tennis. I thought we were fine and everything, and everything we did was making money, but it’s not bigger than my daughter playing tennis.

“She’s bigger than anything in our life now.

“I see her transcending into something she would never have had before if she hadn’t been involved in tennis.