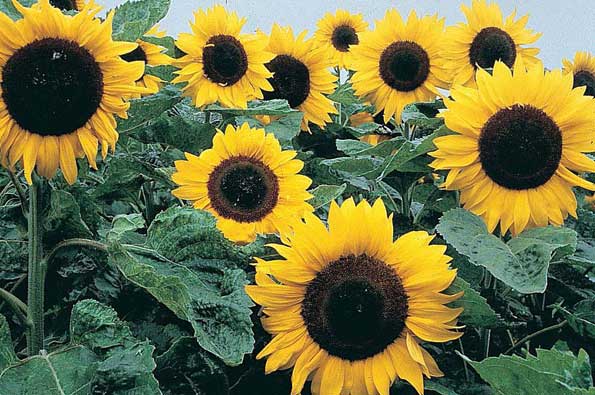 Opportunities in the sunflower, maize and pulses sector

However, several opportunities are available to women and youth, including seed supply, equipment rental, farming, soil testing, extension services to other farmers, services around the harvest until ‘to post-harvest handling and transportation to meet standards.

Additionally, support services such as ICT, financial services and contract farming agreements provide an enabling environment to enhance the engagement of women and youth in value chains.

Despite the existence of opportunities presented, women and youth face several challenges including male dominance in the agricultural business due to patriarchy, poor access to quality inputs, limited access to land, financial credit and improved technologies.

In addition, women have less access to distant markets and are less exposed to information on Good Agricultural Practices (GAP). In this regard, capacity building of youth and individual women and farmer groups needs to be done.

More than half of the country’s workforce works in industry, where 6 out of 10 young people (aged 15-35) regularly practice agriculture despite considerable sectoral mobility.

In addition, approximately 65 percent of Tanzanian farmers are women, who make up 70 percent of the labor force engaged in food production.

As a result, the Agricultural Markets Development Trust (AMDT) chose to focus on maize, sunflowers and pulses as key crops produced in Tanzania, in which the majority of young people and women are involved.

Tanzania produced about 6.7 metric tons, of which 12 percent was exported to Kenya. Tanzania became one of the top 25 maize producing countries in the world and ranked 4th in Africa.

Young people are also involved in maize cultivation as unpaid labor in agricultural enterprises or as paid labor by other farmers, such as small farms with an average of 1.3 hectare. Generally, men benefit more than women and youth in the maize value chain.

Sunflower is the backbone of the edible oil industry in Tanzania, occupying just over half a million hectares, the largest area under oilseeds in the country.

It contributes over 87 percent of the edible oil industry, while other crops (peanut, palm, sesame, etc.) contribute 17 percent.

Both men and women are involved in the production, trade, processing, packaging and sale of sunflower, although men are more involved than women in post-harvest and processing activities.

The number of young people engaged in the value chain is lower than that of older members of the community. Even though different social groups participate in the sunflower value chain, it is clear that men control productive resources and determine the distribution of income from production.

On the phenomenon, a study by Mroto (2015) reveals that men are in the lead in decision-making (90%) compared to women (60%) regarding how the income generated by sunflower production could be spent. .

The national production of pulses amounts to 804,593 metric tons. In Lindi and Mtwara, pigeon peas are seen as a men’s crop and green gram as a women’s crop.

In this case, men make decisions about pigeon pea production and income is under male control, with the contribution of income from pigeon peas generally being greater than that from green grams.

Generally, there is a gap in the literature to conclude sex- and age-disaggregated data to demonstrate the extent of participation of women and youth in the pulses value chain.

In particular, the demand for sunflower seeds in Tanzania is 5,800 tons, while the country produces only 1,340 tons.

In maize, Tanzania is ranked among the top 25 maize producing countries. Maize production represents more than 70 percent of the cereals produced in the country.

The maize produced is consumed both locally and in neighboring countries. The demand for pulse crops/products continues to grow locally and globally. The country accounts for 1.4% of world pulse exports.

Engaging in commercial agriculture as producers or laborers presents an opportunity for over 6.8 million women and over 4.4 million youths in Tanzania by NBS, 2014 report and FSDT, 2017 report.

In addition, financial institutions are developing products aimed at women and young people. Likewise, the number of youth and women’s groups that save and lend is increasing, improving the bankability of women’s and youth businesses.

In addition, the Local Government Authority Youth and Women’s Revolving Fund, which requires councils to allocate 10% of internal revenue to lending to women (4%) and young people (4%), presents also an opportunity for women and young people.

Within their organizations and individually, women and youth can apply for loans and obtain financial capital to start/expand their businesses in the selected value chains.

Cases before the magistrates