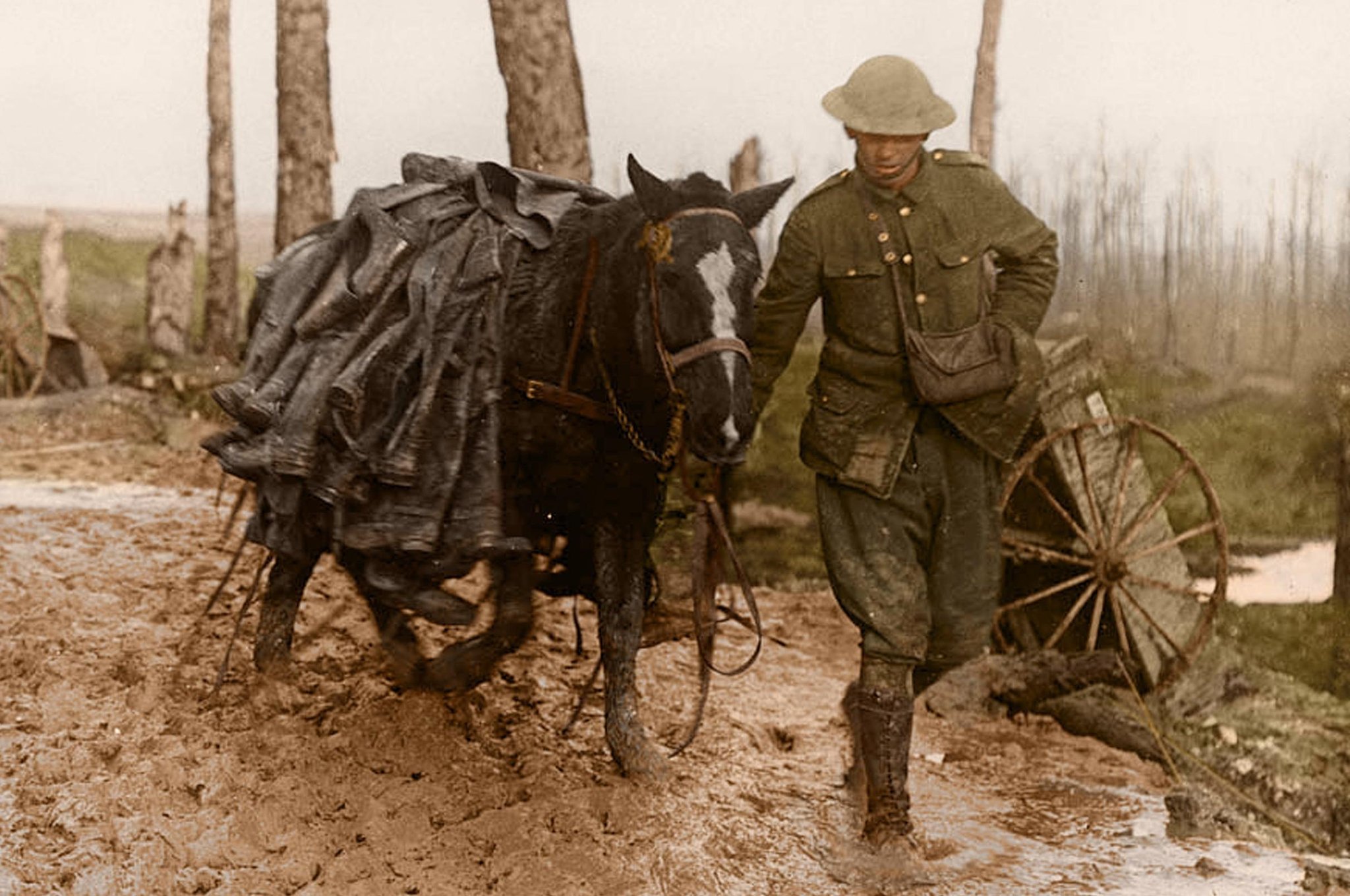 Our military animal heroes come to life in color

The town is of course well known for its veterinary camp, where horses and dogs have been trained for the military over the past century and where Defense Animal Training Regiment (DATR) personnel continue to do so today.

The camp’s historic military stables were recently awarded a prestigious green plaque from County Hall to recognize the important role they have played in the history of Leicestershire.

Old Dalby photo restorer Tom Marshall, who works with museums, editors and photo archivists to colorize old photos, shared some of his work with us.

He brought to life images of animals, which have not only stood courageously alongside members of our armed forces, but have been essential companions in the darkest times.

Tom said: â€œI have always been fascinated by the stories of animals in wartime, both those in service and those used as mascots and companions.

“The photos I colorized show a mix of the two, and while some animals are undoubtedly heroes for the role they played, it’s hard to forget that they are also victims of human warfare. , and no animal had a choice to Be there. “

One of the most striking images that Tom has worked on is a bus transformed into a dovecote on a battlefield during WWI.

It made it possible to send messages from the front line to headquarters.

During the war more than 100,000 carrier pigeons were used as messengers and records show that they transmitted 95% of their messages incredibly well.

Several of the images show horses, which were invaluable in dragging equipment through mud during World War I and which also carried soldiers into battle.

Their service was poignantly illustrated in Michael Morpurgo’s book War Horse, of course.

Tom added, â€œI color in photos to spark new interest in these images, some of which are over 100 years old.

â€œI hope to recognize the contributions made by these animals, some of which were later officially recognized with the Dickin Medal, awarded 54 times between 1943 and 1949, to 32 pigeons, 18 dogs, three horses and a boat cat.

â€œI think colorization can be a useful way to start a conversation or spark the interest of those who reject archival black and white images.

Pets such as cats were also featured in theaters of war with British and Allied forces.

They were among the animals that were often brought into the trenches, sometimes as a regimental mascot, or a local farm or a destroyed village.

Tom colorized a photo of Simon, a ship’s cat who served on the Royal Navy’s war sloop, HMS Amethyst.

He was good at catching and killing rats on the lower decks.

In 1949, during the Yangtze Incident, he received the Dickin Medal from the PDSA after surviving wounds from a cannon shell that tore the captain’s cabin, seriously injuring Simon and killing the captain.

The critically injured cat crawled across the deck and was rushed to medical bay, where the ship’s surviving medical staff cleaned up its burns and removed four shrapnel, but was not scheduled to stay overnight.

He managed to survive, however, and after a period of convalescence returned to his former duties by catching rats.

He is still the only cat to have received the medal.

The dogs have courageously worked alongside our armed forces during the recent conflicts in Afghanistan and Iraq after being trained at the Melton veterinary camp to detect explosives and enemy positions.

They were also deployed for similar tasks during world wars and other conflicts.

Tom highlights the remarkable work of Rip, a stray dog â€‹â€‹credited with saving the lives of 100 people in the London Blitz.

Rip, who had been tracked down by an air raid director in 1940, had not been trained in search and rescue tasks, but took to it instinctively.

The mixed-breed terrier was rightly awarded the Dickin Medal for Bravery in 1945 and the work he did is said to have inspired authorities to train other dogs for this duty.

l Go online to www.photogra-fix.com to see more of Tom’s work on his company website PhotograFix.