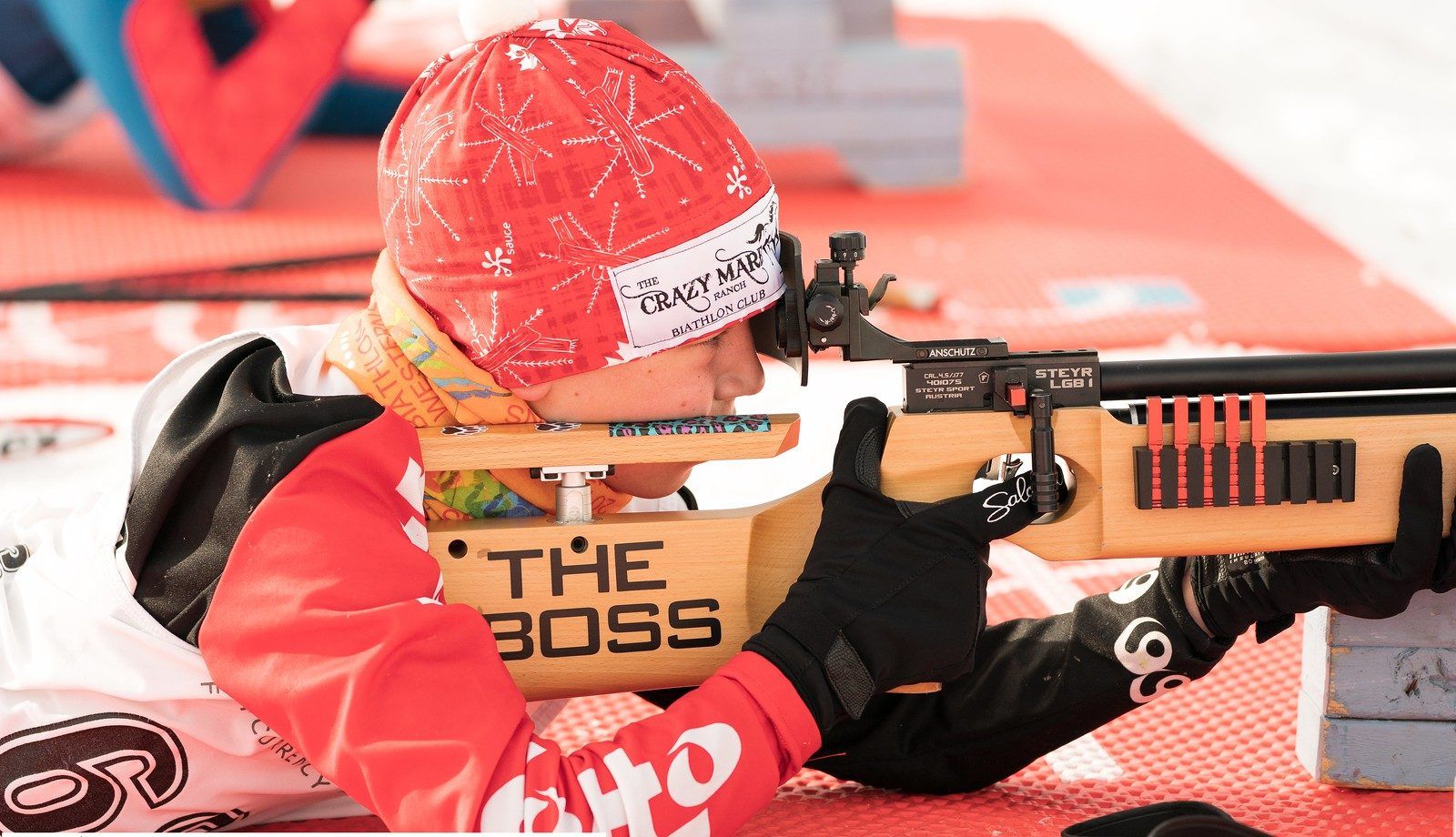 Parkland Crazy Mare Ski and Biathlon Club is on the right track.

For the third consecutive year, its biathlon program sold out in less than an hour. Being the only club of its kind in Parkland County, its members are children from Spruce Grove, Stony Plain, Devon, Leduc, Beaumont, etc. This season some have come from as far away as Pigeon Lake.

“It’s nice to see the volume of traffic we get as a new club. All our success comes from word of mouth. We don’t advertise at all,” club founder Mike Tousignant said.

The season started this year with off-piste training at the end of October while waiting for snow. This consisted mainly of hiking and/or running on the club trails just outside of Devon. In addition, biathletes became familiar with air rifles.

For children aged 4 to 15, the club offers a biathlon program and a cross-country ski program. The first is a brand new training program that the club is currently developing in partnership with Biathlon Canada, while the second follows Nordiq Canada’s “Jackrabbit program”. In total, there are 27 members this year split between the club’s two programs.

As demand for the programs increases, Tousignant said 30 members is a comfortable number of members at this stage as the club continues to rent out its equipment. He is not averse to growth in the future, but said at this point in the game, only three years down the line, he would prefer to keep the numbers small so members can get the most out of their coaches.

“If we get too big, kids will learn to a point but won’t get the attention they need to grow,” Tousignant said.

The first biathlon race of the season was held in Camrose the weekend of January 15-16. Three members of the club participated in the Division 1 .22 caliber race for the first time. One member placed fourth overall at the end of the weekend. Tousignant said that once the kids remembered what they were doing, they started to “nail” everything.

“It wasn’t bad for our first outing. They all had a great time and shot great,” said Tousignant.

The biggest race of the season, called the Calforex Cup, will take place at the Edmonton Nordic Ski Club from February 26-27. Tousignant said the club always tries to get each of its biathletes to participate in this Cup for the experience and to save on expenses.

While the Calforex Cup will mark the final competition of the season, the club will continue to train as long as the snow persists.

For families looking to get involved with the club next season, Tousignant recommends keeping an eye on the Parkland Crazy Mare Ski & Biathlon Facebook page for registration updates. The club usually opens its registrations via zone4.ca when the children start school in September.

“It fills up in an instant and we can only manage a limited number of children. We always try to notify our locals who are always there from year to year to make sure they have a place” , said Tousignant.

Chinese TV gets a dose of feminist realism