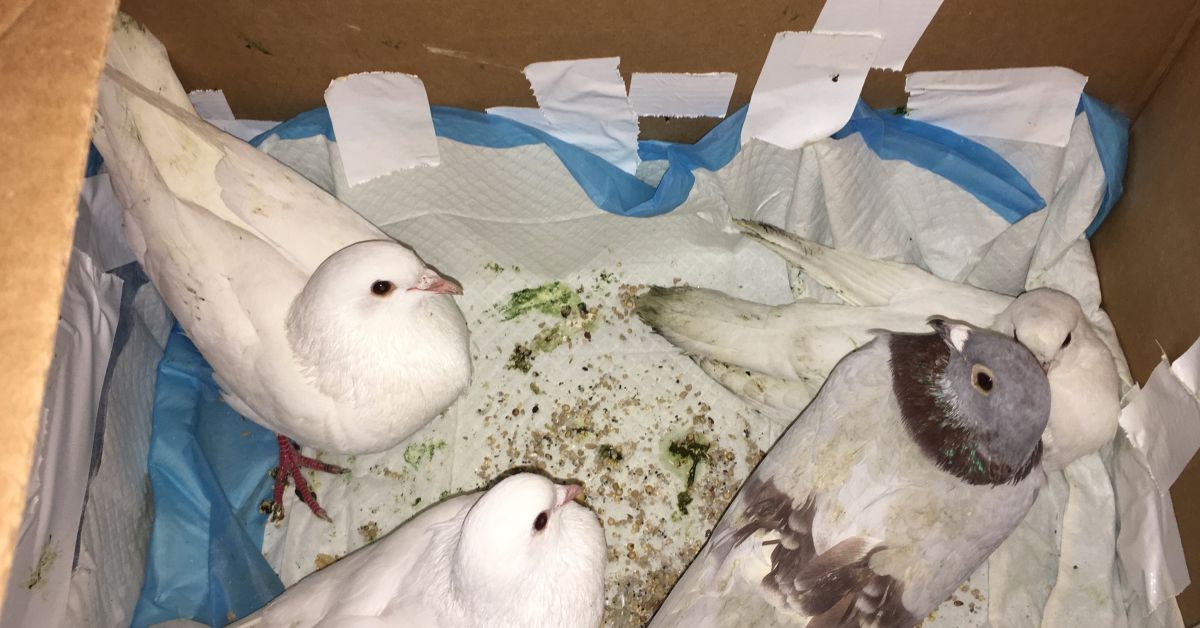 “Pigeon races” can conjure up images of hardy, healthy birds quickly crossing the finish lines. But what it really means is releasing pigeons strategically bred far away, sometimes hundreds of miles from home, to see which one returns faster.

Many of them don’t come back at all.

The news that three Northwest Side aldermen are trying to legalize pigeon racing as a sport is alarming to the avid bird community and should be for the whole city.

Here’s what these aldermen may not know: Carrier pigeons are native birds that lack the survival skills to survive in the wild. The pigeons we see on the streets were bred by their parents to survive in an urban setting. But when humans selectively breed birds and feed them as soon as they hatch, they don’t develop the rambling ingenuity that wild pigeons have.

They don’t know how to find food or how to avoid predators, and they weren’t produced by natural selection, but rather by human selection for certain qualities.

A PETA survey published in 2012 found that over 60% of carrier pigeons did not return to their original loft.

And birds that are not at the level of their pigeon fancier owners are subject to abandonment and culling, killing weak or unwanted specimens in a group of animals.

The aldermen stipulate that standards will be applied regarding the conditions under which racing birds are kept, the containers in which food will be stored and the registration of individual birds. But none of these regulations will protect the birds once the race has started. PETA lists common methods of slaughter such as choking, drowning, beheading, neck breaking and gassing. If pigeon racing is legalized in Chicago, will there be regulations in place where the ways of killing birds are considered humane?

When I informed Annette Prince, director of the Chicago Bird Collision Monitors bird rescue organization about the potential legalization, she said the organization responds to hundreds of calls each year for banded pigeons and doves that were attacked by predators, injured, abandoned and starved.

These birds need rescue and care. Homes and medical care must be provided for an endless number of rescued carrier pigeons because in most cases owners do not want to recover lost birds.

Pigeon racing, legal in many U.S. cities, is already affecting local bird rescue organizations before the city even considers legalizing it.

In November 2017, as previously reported by the Sun-Times, Chicago Bird Collision Monitors rescued around 75 of the more than 100 banded pigeons dumped in a parking lot in Ravenswood. The others succumbed to attacks from predators or were found frozen to death. Those who survived had to be treated for fowl pox, possibly because they were kept in poor conditions before being thrown out. It was a rescue effort that lasted over a week and involved several wildlife rescue agencies and many volunteers who went out into the cold to catch the birds with boxes, nets and with our hands.

If the city legalizes pigeon racing, it will be this organization and other bird advocacy groups that will be called upon to capture, treat and place the birds after they are found emaciated and bleeding – at the organizations’ expense. Their resources are already exhausted. And the birds that are saved will be the luckiest – many more will not stand a chance.

Birds have an internal navigation system which is still largely a mystery to us. Pigeons are intelligent birds that can recognize human faces. Nationally bred pigeons are loving and rewarding pets, not items to be used in sport and then thrown away as garbage.

The fast and furious world of pigeon racing