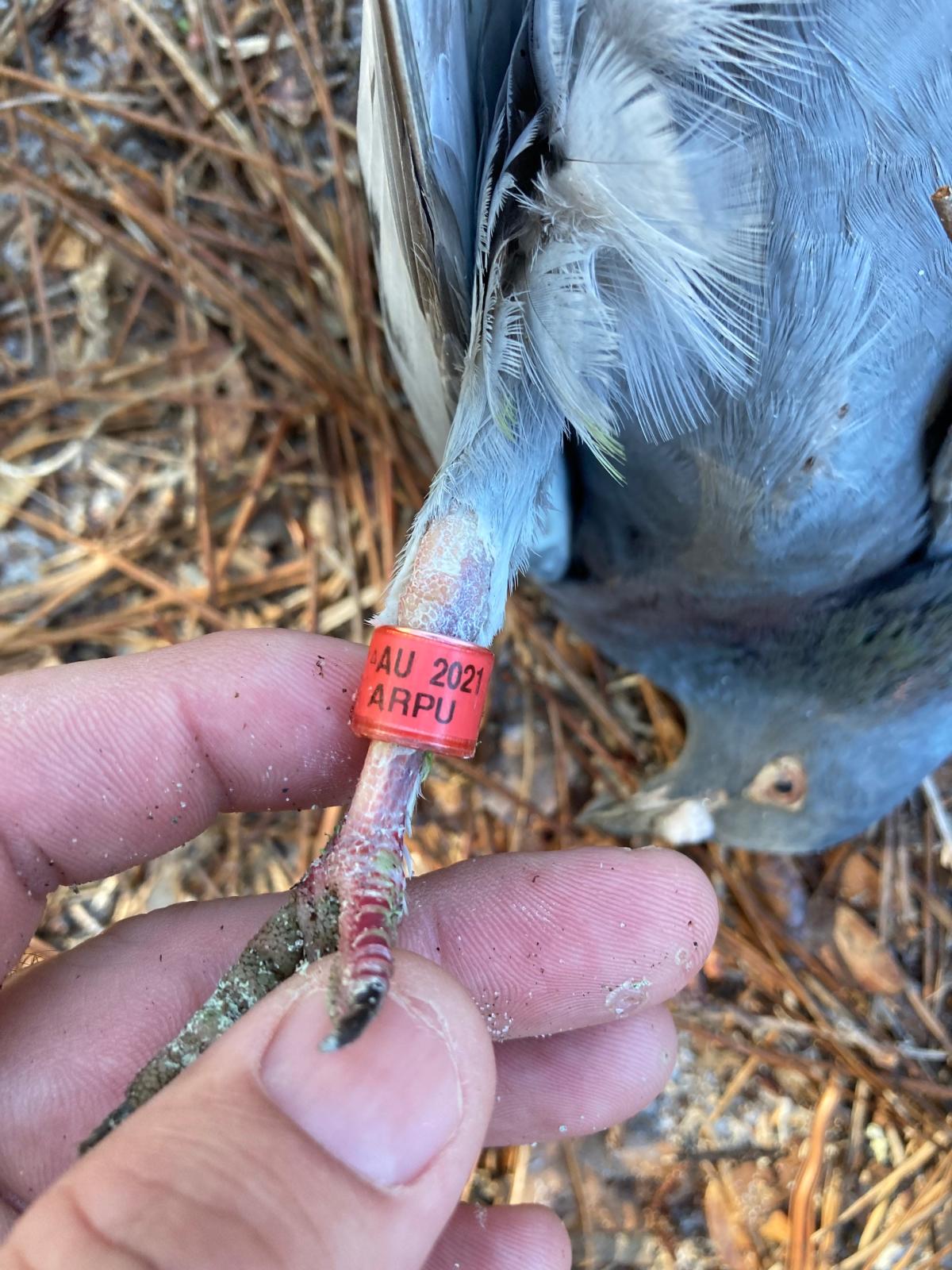 Racing pigeons in the United States date back to the 1800s

After Thanksgiving, Derek Duke and I were looking for Walk-in-the-Water WMA near Frostproof for an upcoming deer hunt. About 3 miles into the hike we discovered a dead pigeon in the sugar sand trail.

Now it was in Deep Woods – not where one would expect to encounter a feral pigeon, dead or not. And as anyone who has walked through this maze of brushy oak trees would tell you, the particular odds of this bird croaking in open space for people to find it were spectacularly low.

As such, we approached cautiously. Maybe it was a trail camera setup to catch a predator on film. Or maybe an elaborate Indiana Jones-style trap that would end with a poison dart in my neck.

Once satisfied that there was no danger, we examined the deceased. The poor guy had a red band around one leg that read “AU 2021 ARPU” with a five-digit number and another nondescript teal-colored band on the other leg.

I had an idea that it was a carrier pigeon, but I knew next to nothing about this hobby. A little research, however, led me to Deone Roberts, the director of athletic development for the American Racing Pigeon Union. Our e-mail exchange drew me into a carrier pigeon burrow and a whole society of people who race these birds.

According to Roberts, homing pigeon racing is a tradition introduced to the United States in the early 1800s. Nearly 10,000 members across the country belong to the American Racing Pigeon Union (AU).

Essentially, these birds are released to a tumble site and expected to head to a home or “loft,” a safe place instilled in them at a young age. As I learned, the red ring was a permanent identification, essential in determining which club and owner the bird belonged to. The teal-colored strip was a plug-in computer chip that collects race data.

“We call it a race,” Ms Roberts wrote. “Birds love to fly. They are muscular marathon runners. Scientists haven’t fully defined what makes the carrier pigeon return home, but nature did. Their sight and sense of smell are so different from ours. They detect what we don’t know. They have internal magnetic sensing used to read their location. They use the sun as a sort of compass.

To start a race, club members gather at a designated location where tapes are scanned into a master clock. All racing birds are transported to another location by a designated driver. At a set time, the birds are immediately released.

The following day, each member of the club will await the arrival of the birds and will be scanned at the loft. The racing software determines the yards per minute and the fastest speed wins. For older birds, races are usually up to 600 miles for a series.

Unfortunately for Pheidippides the Pigeon, this particular marathon was not a victory for him. I hope its owner has been notified of its disappearance deep in the Walk-in-the-Water WMA jungle. I barely made it out of it after hours of hiking, but I certainly gave a lot of thought to the things we learn and discover in the woods.

This article originally appeared on The Ledger: Racing pigeon racing in the United States dates back to the 1800s