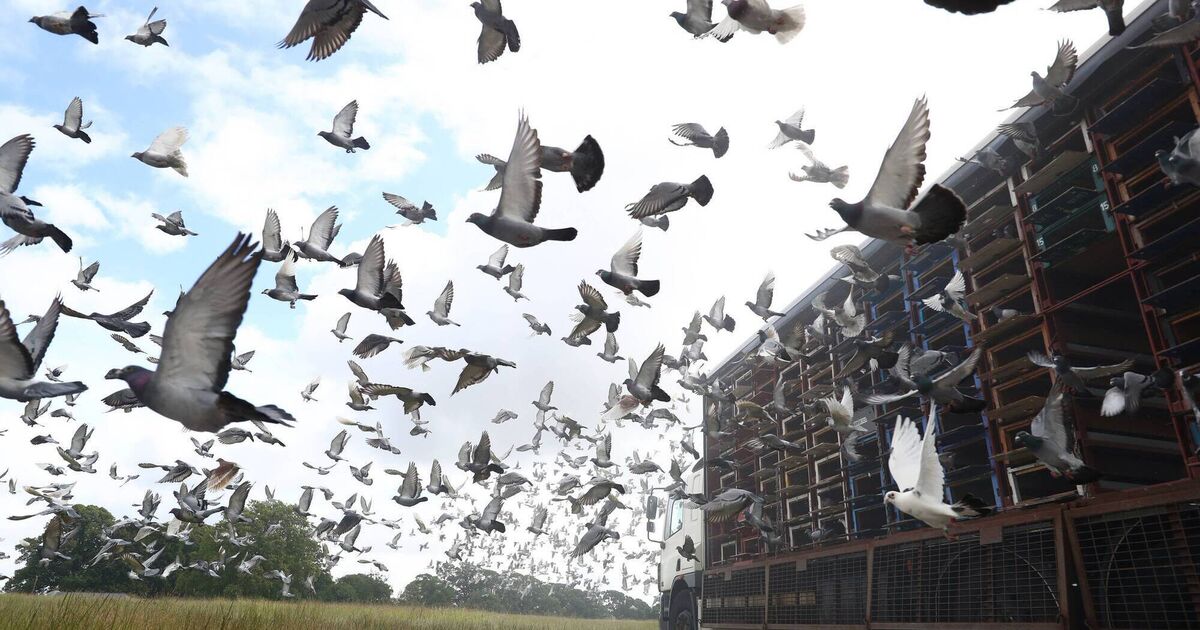 The way the shameless cabal of opportunists who made their political careers on the back of Brexit has complicated the lives and loves of tens of millions of people is seemingly endless.

It’s the ultimate political theater of the absurd – and the latest group to be affected are the pigeon fanciers.

Under rules which are supposed to come into force in October, racing pigeons will have to be in the EU for 21 days before they are allowed to compete. Racing pigeons will also need a health certificate signed by a veterinarian.

This caused consternation in England among pigeon owners and among members of the Royal Pigeon Racing Association.

This may be considered a niche question, but it is not. The Royal Pigeon Racing Association has 20,000 members and pigeon racing is a sport that dates back over 150 years.

And cross-Channel racing is at the heart of the sport. Pigeons have raced between the European mainland and the islands of Great Britain and Ireland for as long as their pigeon races have been held.

The carrier pigeon has remarkable navigational abilities. It would seem that once a pigeon identifies with its loft (and this is something that can happen when the bird is about six weeks old), it will return there normally. Indeed, carrier pigeons can travel several thousand kilometers, crossing land and sea, to return home. There are epic stories of pigeons flying into Ireland from Barcelona and even further afield.

It is this ability that has been exploited over the centuries by humans, with pigeons being used to transmit news and messages. They were used to carry information around the Roman Empire, for example, connecting outlying regions to Rome. And, even as the technology of our modern world destroyed the sense of distance, the Reuters news agency used a flock of 45 pigeons when it was founded in 1850 – the pigeons were used to fill gaps in the telegraph network that was then spreading across Europe. .

As well as being shaped by technological change, the place of pigeons in the modern world has also been heavily influenced by military issues.

The British established the Army and Navy Pigeon Service in the late 19th century and in this pre-radio era British Army ships carried pigeons; indeed, many of the early 20th century fighter aircraft also carried pigeons.

During the two world wars that marred the 20th century, pigeons were widely used to carry messages and after the Second World War, pigeons in Britain were treated “not as pests but as heroes.” Pigeon racing has become extremely popular. During the 1950s and 1960s it was the most popular sport, by participation, in the country, with a quarter of a million active flyers tending to 70,000 lofts,” as Jon Day wrote in the London Review of Books.

Pigeon racing proper was well established before. In Britain and Belgium – and later in other countries – formal races between pigeons were established in the second half of the 19th century. Pigeon clubs were founded and a governing body for these clubs was created. And of course the sport has its own newspaper – the Racing Pigeon.

Ireland was linked to this sporting revolution from the start. In 1881 a newspaper called Sport teamed up with the Great Southern and Western Railway to organize the country’s first pigeon race. The winning bird traveled from Limerick Junction to the Sport offices on Dublin’s Middle Abbey Street in three hours and 27 minutes, before being displayed for a week in the windows of the newspaper’s offices.

These amateurs benefit from a busy sporting calendar. Races between their pigeons start from a designated starting point and the pigeons head to their loft. Victory is calculated by a simple speed calculation equation. Basically – as anyone who paid attention in math class will remember (which isn’t always easy) – you can calculate speed by dividing distance by time.

So what is the current situation regarding racing pigeons in Ireland?

A distinction was made between birds which had just been brought to Ireland and were to be immediately released to return to their country of origin, on the one hand, and birds transferred permanently to Ireland for residence, on the other hand. somewhere else.

This means that for cross-border shopping and other movement within Ireland, the border should be no problem. And there is currently a racing program underway, including a Mallow race next week.

The racing calendar has been completely turned upside down during Covid, with restrictions ending racing.

And then many pigeons themselves became lazy and unfit for confinement.

But the sport is now in full swing, as Henry Byrne, President of the Irish Homing Union explains: “We fly to Ireland, north to south, from England and from France. There has been no Brexit shutdown yet. There are approximately 5,000 fanciers racing on the island. Many others keep pigeons but don’t race them.

The federated nature of the sport has allowed its members to continue to compete across Ireland: “The Irish Homing Union is the governing body of the sport. But there is also an Irish section of the Royal Pigeon Racing Association based in the North. Together we run an Irish Championship every year.

What difference will Brexit make to sport in Ireland? It is highly likely that the fact that the Brexit deal essentially allows Ireland to be treated on an all-island basis for agriculture has created space for the sport to continue.

It seems likely that a deal will be struck between Britain and EU countries to allow pigeon racing to continue. This deal will inevitably involve the annoyance of a lot of paperwork, and it’s not high on the priority list, but it will surely be resolved and things will continue.

For his part, Henry Byrne runs a business in St Margaret’s, a village in North Dublin, where he sells loft equipment, pigeon feed varieties and other related services to fanciers all over Ireland.

He dedicates much of his free time to volunteer service on club and governance committees – which keeps everyone in the sport spinning.

Paul Rouse is a professor of history at UCD.