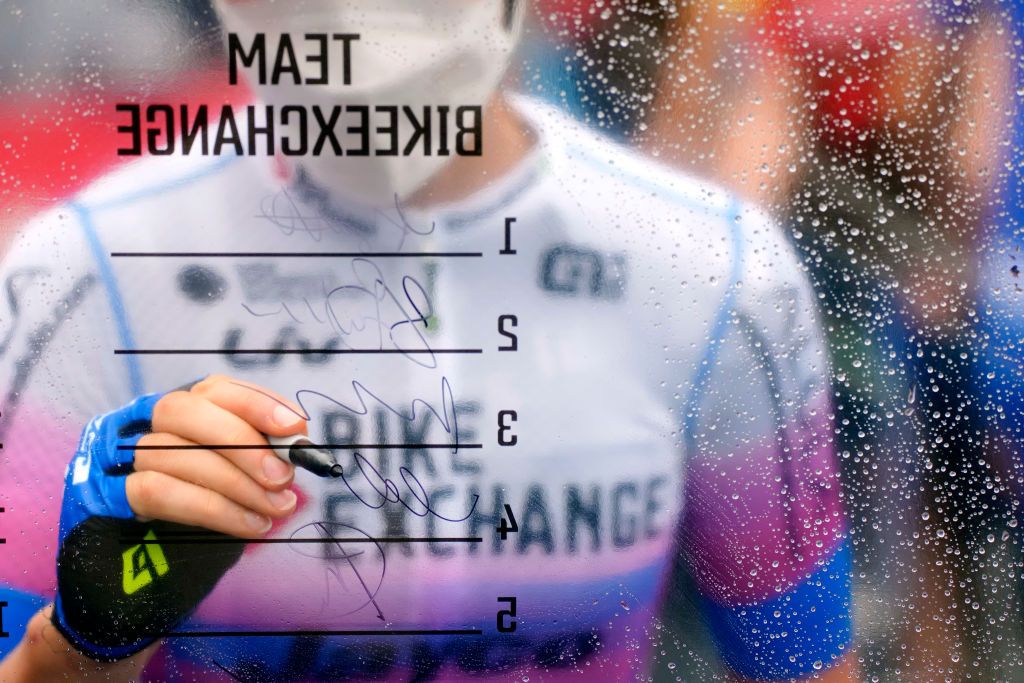 BikeExchange-Jayco may have kicked off the Santos Festival of Cycling with a clear goal of victory – as Australia’s only WorldTeam it really couldn’t be otherwise – but the rivals had reason to hope they might find weaknesses to exploit. The team incorporated a new group of riders, who had not previously raced on the road together, alongside an established road captain who was just returning to racing after surgery.

Three days later, however, there were no weaknesses to be found as their ever attentive team leader, neo-pro Ruby Roseman-Gannon, swept the line first after every member of the squad stepped up to play its role to perfection. – from hardworking intern Amber Pate, to the crushing break Amanda Spratt and the final sprint leading the team of Alex Manly and Georgia Baker.

Roseman-Gannon’s Stage 3 victory also secured the overall standings and the new BikeExchange-Jayco rider combination hit a winning note that rang out beyond those of the South Australian race.

“To be honest, I think it’s the best way to start the season,” said Gene Bates, Sporting Director of BikeExchange-Jayco. Cycling news. “Obviously we have a large contingent of riders in Europe at the moment who have just finished training camp in Spain and so those riders are seeing what we are doing in Australia. It’s starting things off in a really positive way.”

It may not have been a race filled with top international teams and longer courses, with the NRS rated road series again replacing the canceled 2.Pro rated event this year, but there was no decrease in the will to win at home for the team. , especially after a 2021 where that sense of victory seemed a reluctant and occasional visitor.

Not that it was ever going to be easy against the mostly outnumbered national teams who had worked hard to reach the pinnacle of Australia’s summer of racing. There were also a number of other factors at play for BikeExchange-Jayco to make this a difficult task. Spratt had just returned to training in late December after nine weeks off cycling after surgery for iliac artery endofibrosis, Manly and Baker were just getting back into the team and road racing after years of concentration on the track and Roseman-Gannon was facing. to the immediate pressure of the team’s leadership in his first season as a professional.

However, from the start, she was in the lead after taking second place on the stage and time bonuses on the first two days. However, while clearly expressing her satisfaction at leading the overall standings after Stage 2, Roseman-Gannon left no doubt that she also wanted to finish the job over the line to reward all the hard work of her teammates. When it all fell into place on the last day on the road, Stage 3, it was what she described as the “dream day”.

The opportunity to throw their arms in the air to celebrate victory reflects the team’s progress over the tour. The team held on in the heavy attack on Stage 3 with unsealed surfaces and a climb to overcome just two kilometers from the finish line, then delivered a faultless run down the line. Pate led the pace, then Manly and finally Baker before Roseman-Gannon raced in for a clean win.

“I think it’s really cool that we can run some of the starting skills that we need at the WorldTour level, which obviously will be a lot more difficult with more teams with greater depth in that starting scenario.” , said Roseman-Gannon. “So I think it’s a great opportunity to train a bit, but yeah, I think it will be a jump into the deep end in Europe. But I’m excited to work with my team-mates and hope to win ‘other victories’,

Races in South Australia and in the preceding weeks have also confirmed how 23-year-old Roseman-Gannon could be a valuable and versatile new recruit for the team as it develops and gets used to the pelotons of the World Tour.

“I really think she’s pretty limitless at this point. It would be easy enough to class her as a fast finisher, but I think watching her over the last month of racing in Australia she’s definitely more than that. and can offer an excellent deal more,” Bates said.

“I think she’s definitely showing a lot of potential in a lot of areas, not just quick finishes or slightly uphill peaks.”

Roseman-Gannon clearly doesn’t lose sight of the way forward, because even when asked how she will savor achieving Stage 3 and overall victory at the Santos Festival of Cycling on Tuesday after stepping down from the podium , the next goals were clearly in his mind.

“It’s a small stepping stone in the journey for a long season ahead, so I think we will definitely celebrate, but that’s tomorrow,” said Roseman-Gannon, referring to the upcoming criterium in the heart of Adelaide.