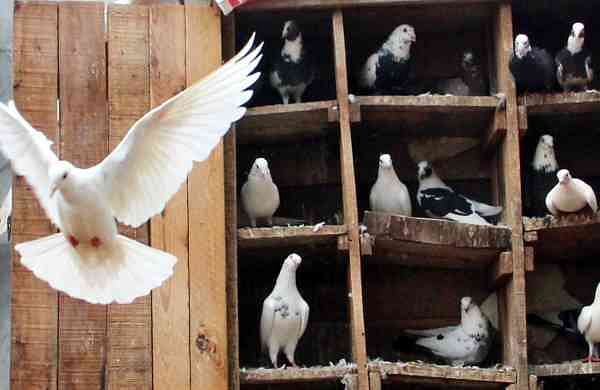 NELLORE: Naidupeta Police disrupted a pigeon racing event organized by a group of seven people. They rescued 521 pigeons kept in 27 plastic boxes and arrested the seven men at Biravada junction in Naidupeta mandal on Monday. The defendants were identified as A Philips (48), P Venkatesan (46), Raj Mohan (28), A Francis (29), Srinviasan Ramesh (39), M Marthand (52), Chandrababu Balaji (28). The gang originated from Tamil Nadu.

According to circle inspector YV Somaiah, A Philips of Tiruchirapalli in Tamil Nadu had organized pigeon races and made huge profits through betting. “The pigeons are trained to return to their breeding grounds to take part in the races. Tags are attached to their legs to easily identify their owners. The birds are transported to Tada, Naidupeta and Gudur by trucks. They are then freed from these regions as part of the race. Pigeons that reach Tiruchirapally are announced as winners and the owner of the birds receives a cash prize. Usually the races are held in winter, in the months of January and February,” CI said.

Philips, the main defendant, had handed over the pigeons to P Venkatesan, the truck driver. Venkatesan and five others then reached the Biravada Junction Road (National Road 71) in Naidupeta on February 6. The accused allegedly used false documents to transport the pigeons.

Is San Antonio FloatMe a Safer Alternative to Payday Loans?