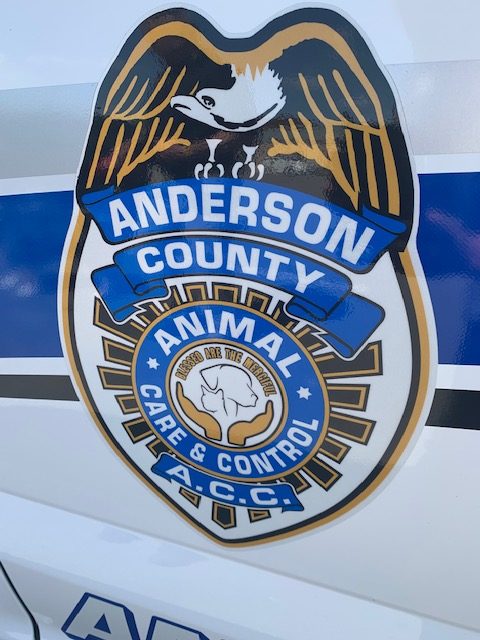 A social media post alleging ‘inhumane’ treatment of animals at the Anderson County Animal Shelter that began making the rounds last month has now resulted in an investigation and prompted official responses from the director of care and of animal control Brian Porter and his boss, County Mayor Terry Frank.

The allegations were contained in a post shared on Facebook on April 21st by an employee of the animal shelter and say that Porter performed euthanasia illegally and that he violated euthanasia protocols, including using a method described as inhumane and “extremely painful”.

The post says Porter’s license through the state to perform euthanasia expired at the end of February 2021, but he continued to euthanize animals until late last year, when he would have taken a sick leave which ended very recently.

The social media post contains allegations that Porter routinely uses a method of euthanasia known as the “heart stick.” In this method, a needle containing medication to stop the heart is inserted into the heart and is described by several veterinary organizations as a last resort measure that should only be performed if the animal is in a coma or completely sedated. because it is said to be extremely painful. The practice has been criticized across the country in recent years.

In a statement emailed to WYSH, Porter writes that “the statements and others written in the social media post are inaccurate and have misrepresented me”, and indicates that he intends to vigorously defending what he calls his “compassionate life”. , the humane treatment of animals, including humane euthanasia in accordance with the Humane Euthanasia Principles, Procedures and Guidelines required by the State of Tennessee. »

Anderson County Mayor Terry Frank said in a statement also emailed to WYSH that an HR investigation into all alleged policy violations is ongoing, writing that “euthanasia on place has not taken place at the Anderson County Animal Shelter since mid-December of 2021, and any humane euthanasia required would take place onsite at a licensed veterinarian’s office.

You can read statements from Mayor Frank and Director Porter below.

“In regards to a widely shared social media post alleging inhumane actions by the Anderson County Animal Care and Control Director, an active Human Resources investigation into the alleged violations is currently underway. Classes. The widely shared social media post is one employee versus employee and touches on many areas of county politics. On-site euthanasia has not occurred at the Anderson County Animal Shelter since mid-December 2021, and any humane euthanasia required would occur on-site at a licensed veterinarian’s office. Director Porter strongly denies the allegations against him. As there is an active investigation underway, no further comment will be made until the results are presented. A review of the results will be published.

“A recent social media post by a colleague alleged that I violated euthanasia procedures by euthanizing with a ‘heart stick’ as the first step in euthanasia. These and other statements written in the social media post social media are inaccurate and have misrepresented me. Using all legal means at my disposal, I intend to fully defend my life of compassionate and humane treatment of animals, including humane euthanasia in accordance with the principles, procedures, and guidelines for human euthanasia required by the State of Tennessee.

I have a lifetime of experience in animal welfare and through my leadership efforts, working with mayors and commissioners over the past 15 years in Anderson County government, we have built a shelter, developed partnerships with numerous rescues, and successfully and consistently facilitated the placement of cats. , dogs, kittens, puppies and sometimes pigs, rabbits, guinea pigs and more, in adoptive and loving homes. I’ve worked with animals since I was 16, including veterinary and emergency pet clinics, and the University of Tennessee.

My whole life has been working with and caring for animals. My work today is driven by my love of animals and my desire to provide compassionate and humane treatment to every animal we encounter. Every animal that suffers makes me suffer, and every animal that dies is a death that I mourn. I have never done anything to hurt an animal and I never will.