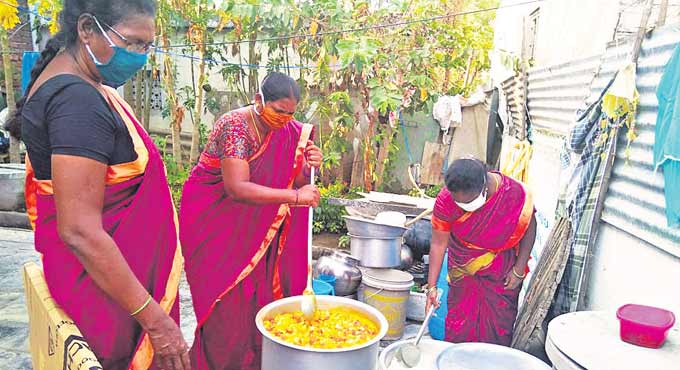 Hyderabad: In addition to central government recognition, actions taken by the Telangana government to address malnutrition among women and children are now featured in a 2022 Food and Agriculture Organization of the United Nations (FAO) report. focused on Nutrition Sensitive Agriculture (NSA).

FAO’s report ‘Bridging the gap between nutrition and agriculture in Telangana – An assessment of capacity within agricultural extension and advisory services’ is released this month in Rome.

The report also discusses SERP and the Center for Sustainable Agriculture (CSA), collaborating in promoting NSA. They are jointly implementing the half-acre model to meet the vegetable nutritional needs of the poor in some villages in Telangana.

Under this program, the SERP identifies a female entrepreneur in a village, who can dedicate half an acre to growing vegetables. Training on technical aspects is provided by the CSA. Vegetables are grown on the plot, depending on what is locally feasible, and surplus vegetables are sold to the village after self-consumption.

The half-acre model is agronomically designed to prevent production problems, reduce risk and avoid the drudgery of women in the production process. Women entrepreneurs can also benefit from a credit facility (through SHGs) to purchase a van to sell vegetables in the village. The production model was designed to provide a weekly income of Rs. 2,000 to a female entrepreneur after meeting her household vegetable consumption needs (for three people).

Similarly, under the “Giri Poshana” program funded by the central and state governments, the Tribal Welfare Commissariat and the Block-level Integrated Tribal Development Agencies are working with ICRISAT for distribution and food tracking.

The project is now being replicated in different areas under the Integrated Tribal Development Agency, Telangana and Tribal Welfare Department.

FAO, in partnership with the Global Forum for Rural Advisory Services (GFRAS), has assessed learning and capacity gaps among extension and advisory service (EAS) providers globally.

In India, the pilot trials were undertaken by the Agricultural Extension Network in South Asia (AESA) in Telangana. The study involved a review of the literature on the nutritional context, a review of programs and policies dealing with nutrition and NSA and other aspects.

Why Telangana was selected as a pilot

Telangana was selected for two reasons. First, Telangana scores well in nutrition and health, but its current level of anemia among women is a cause for concern. Second, Telangana has several institutions such as the National Institute of Nutrition, which work on nutrition-related issues and contribute to interactions with a wider range of stakeholders for the study.

According to the report, several organizations are engaged in the fight against nutrition in Telangana. Each organization approaches the issue from different angles such as supplementary feeding, midday meals, health care (pregnant and lactating women and infants), improving agricultural production, promoting diversification towards nutritious crops , political advocacy, etc.

However, the potential to address nutrition through agricultural interventions, particularly in the promotion of NSAs, is yet to be fully realized. The state Department of Agriculture’s EAS could play a major role in promoting the NSA, but addressing nutrition is not part of the department’s mandate or priority.