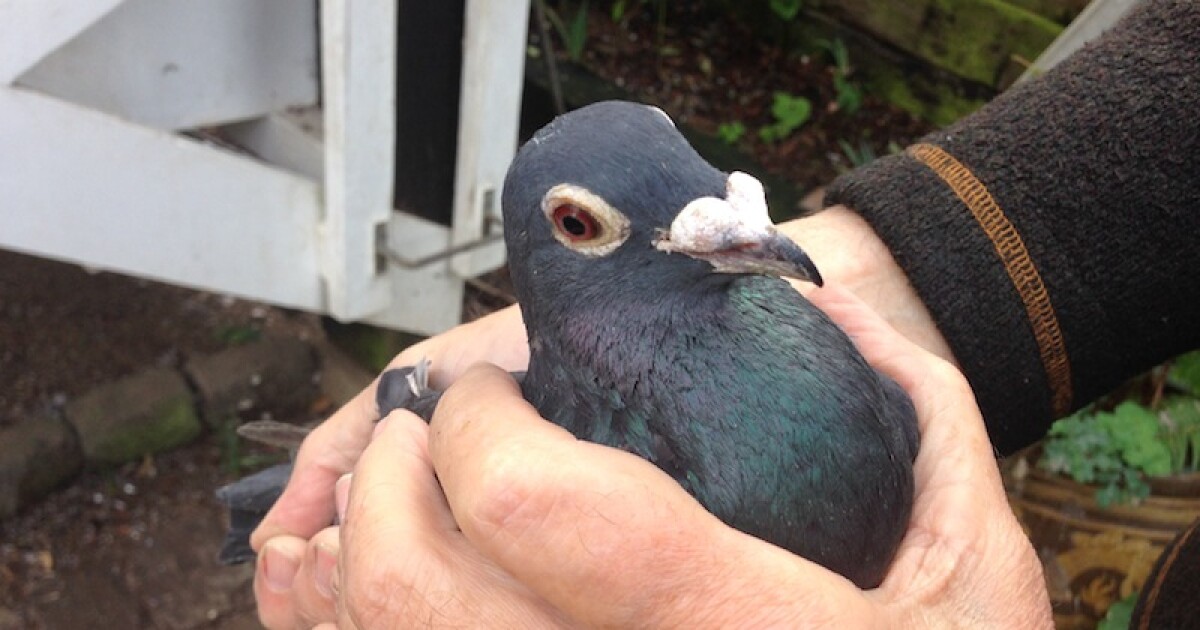 The fast and furious world of pigeon racing

This piece was originally released in 2016.

Bill Milestone says you can tell when a pigeon is happy. They get dashing with energy. They bicker. They get, he said, a twinkle in their eyes.

Milestone trains his herd of forty for an upcoming race. They live in a small white house on stilts in the backyard of his San Francisco home, cooing on top of each other.

â€œIf the birds are happy, you can take them far enough and they’ll come home,â€ says Milestone. â€œEach bird ideally has its own perch and has its own nesting box. And, with clean water and good food, they will be happy. ”

When Milestone says “far enough” he’s not just talking about his birds flying around the block. He speaks hundreds of miles across state borders. Shorter races in the Bay Area begin in Nevada, with runs of up to 300 miles. Longer races, however, can start as far as Idaho for a distance of around 600 miles.

This is how it all goes: at the start of a race, each bird receives a race number which is tied around its paw. Competitors are then assembled and loaded into a truck that delivers them to the designated start line. Finally, on D-Day, thirty minutes after sunrise, on your marks, get set, let go of the birds!

â€œBirds typically fly at around 45 miles an hour,â€ Milestone explains, â€œdepending on whether they have a head wind, a tail wind, a side wind. But you can pretty much predict when the winners will come home. “

Depending on where their loft is located, pigeons will also travel slightly different distances to reach their individual finish lines. When pigeons check in to their loft, their distance and time are recorded, and the one with the most yards per minute is the winner.

To figure out how to get back to their loft, pigeons actually use the earth’s magnetic fields as their internal GPS system – tracking the strength of these invisible poles to determine direction. But in addition to being able to find their way home, the birds must also want to return home. And there are a lot of ways to do it. According to Milestone, there is one way that works pretty well.

â€œThere is a system called widowhood. Shall we say that males and females are mated in their own nesting boxes. They establish their territory. And then they are separated.

This stress can act as a strong motivator because generally pigeons will mate for life. They are birds of a feather that stick to each other, even taking turns to warm their eggs.

While male and female pigeons are used for racing, widowhood is only used for males. This is because, in general, while the hens would be more interested in going home to their babies or eggs, the male birds are more interested in going home to the hens. Thus, at widowhood, the trainers separate the male from his partner a few days before the race, then just before the arrival of the truck, they bring the lovebirds together just before hoisting the male on the starting line. So this bird has one thing in mind.

“Here it is, I must go back! This is how Milestone puts it. . And that motivates him to … full performance!

But, living in the Bay Area, it’s not always easy to come back. Pigeons naturally tend to avoid flying over open water, so here the birds have to be specially trained to cross the bay if you want them to return home. Sometimes trainers go so far as to take their birds on a boat and release them while they are on the water; Milestone, however, just takes them to Treasure Island.

Crossing the bay is important because a winning bird can mean a lot of money. In the 2015 San Francisco Bay Area Triple Crown Pigeon Race, the winning bird “Sierra Miss” returned home and won over $ 16,000!

At the moment the Milestone pigeons are in low season and training for their next race. This means eating high protein diets and keeping a regular exercise routine, stealing at least once, sometimes twice, a day.

Back outside the Milestone loft, he prepares to let them out for their daily flight.

With the sound of the keys jingling and the snapping of his fingers, the attic opens and the birds rush in with a wave of loud beats. We look up and spot the herd, knowing that no matter how far they go, they can find their way home.