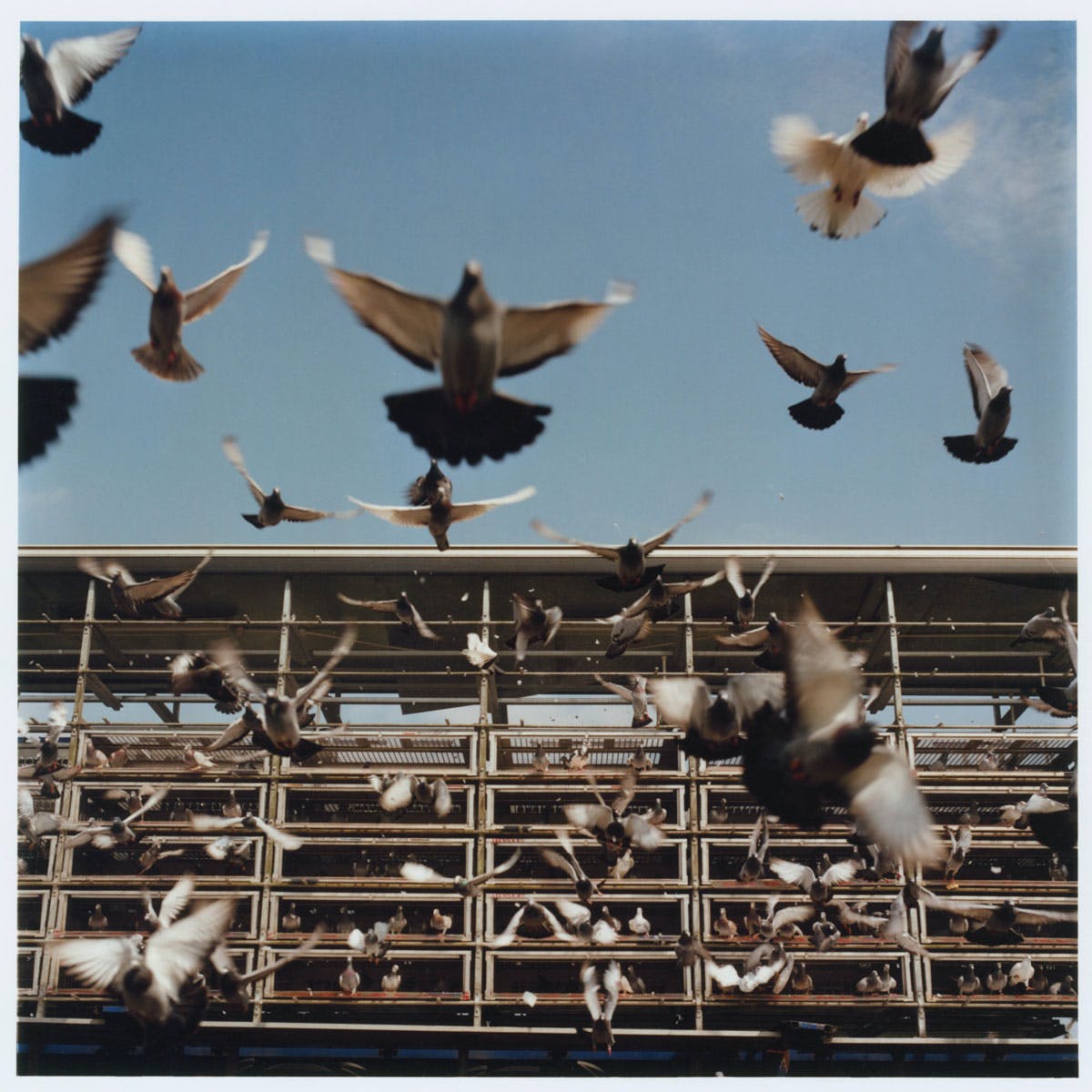 While most of us have been glued to our couches in the wake of the pandemic, 2020 has turned out to be a whole different experience for Theo Mcinnes. The London-based photographer has spent much of the past 12 months rummaging through dovecotes and getting up at 4 a.m. to photograph sunrise races.

Mainly documentary photographer and portrait painter, the common thread of much of Mcinnes’ work is his ability to penetrate the skin of British subcultures. “It’s a weird little country we live in, and if you look long enough under the surface of it all, there are a lot of enchanting people doing weird or captivating stuff,” he told CR. .

Filming a series on the age-old sport of fantasy – otherwise known as breeding and racing pigeons – had been on the photographer’s agenda for some time. â€œThere is something quite beautiful about the term ‘pigeon fancier‘, which has always marked me,â€ he says. “It seemed so unusual – you just want to know more about what fantasy really is.”

Humans around the world have been practicing pigeon racing in one form or another for about 10,000 years. In the UK, the sport took off during the Industrial Revolution and reached its peak in the 1980s, when the Royal Pigeon Racing Association (RPRA) had 60,000 members. But those numbers have been dropping since.

The catalyst for Mcinnes’ new venture, The Fanciers, arrived as pandemic restrictions began to lift last summer, and he discovered pigeon racing was going to be the first sport to return to normal.

The photographer’s first day of shooting the series was particularly memorable. After speaking to RPRA to try to find a release of appropriately sized pigeons that he could use as a filming location, he finally managed to get in touch with the local race controller in Folkestone in Kent.

“He let me know that 16,000 pigeons were going to be released in Folkestone at 6 a.m. the next morning, so that evening we left London and checked into a hotel in Folkestone. At 4 a.m., when our alarms went off we headed to the liberation site to find four or five giant trucks full of crates of pigeons. It was the perfect morning to shoot, the conditions were perfect, “says Mcinnes.

â€œShortly after 6 am, a whistle sounded and all of a sudden all the birds were released. I remember my adrenaline going crazy not knowing where to look with the utter chaos of pigeons flying all around you – it was a pretty amazing sight. Then about 30 seconds later it was all over and all the pigeons were gone. It was nothing short of a miracle that we weren’t covered in bird poop, which happened on subsequent shoots!

Over the following months, Mcinnes continued to document a range of pigeon releases and the lofts where birds normally reside, as well as the dedicated community of enthusiasts who keep the sport alive today.

Among this group of enthusiasts is one of the photographer’s subjects, Mickey, who has achieved great success by bringing his birds from the south of France across the Channel, which has earned him the nickname “The King of Bergerac â€.

Along with his evocative images of amateurs, Mcinnes also shot a short film with his friend and filmmaker Harry Zundel, which they plan to release in the coming months.

While life in general is pretty boring right now, Mcinnes is hoping the show will provide a brief moment of positivity in people’s days. â€œI understand that one of the main topics of the work is the disappearance of that amateurish side of fantasy, which in itself is an inherently sad thing, but at the same time, it’s still a celebration of something so magical. ” he says.

â€œMaybe the footage can help track down the next generation of currently undiscovered amateurs? Who knows.”