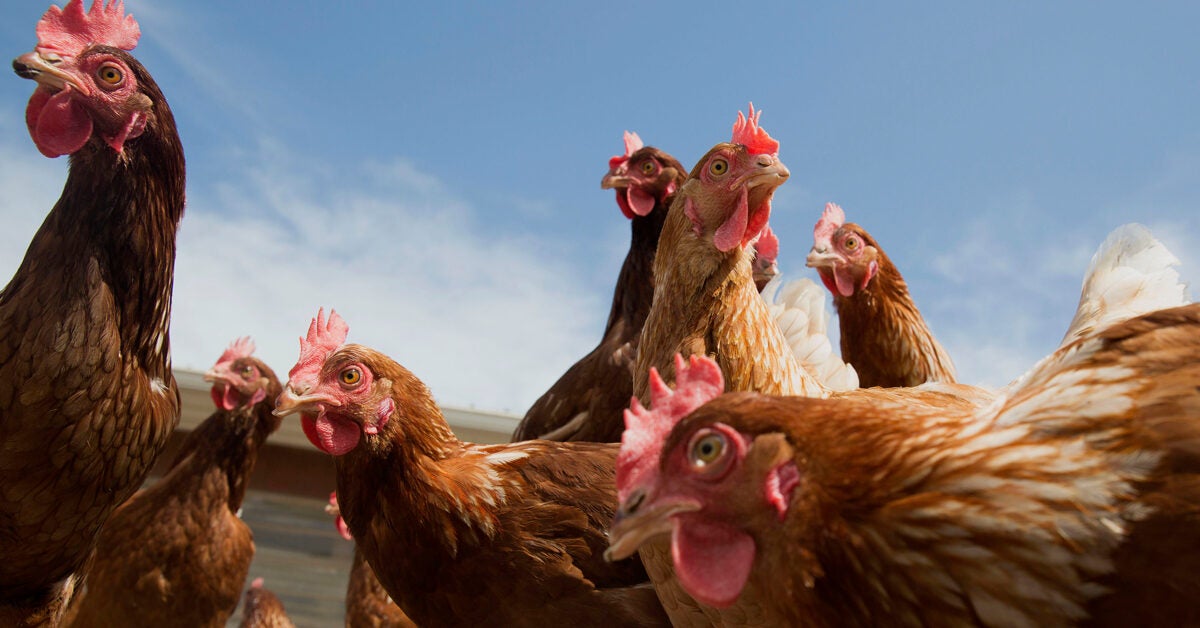 What you need to know now

As COVID-19 cases appear to be declining in the United States, experts are cautiously watching rising bird flu cases in several states.

In January, the United States Department of Agriculture (USDA) detected the first case of bird flu in the United States after a hunted wild bird tested positive for the virus in Colleton County, South Carolina.

Experts have flagged it as the H5N1 strain, a highly pathogenic avian influenza (HPAI) virus – the same strain responsible for deadly poultry outbreaks in Europe and Asia in late 2021.

According to , wild birds usually spread influenza through direct contact. While wild birds will show no signs of illness if they catch the flu, bird flu can be deadly to poultry.

There are currently no human cases of this bird flu in the United States, but it could still have an impact.

In recent weeks, after earlier detection, federal authorities have identified new cases among wild bird populations in Delaware, Florida, North Carolina and New Hampshire, as well as poultry farms in Kentucky and Virginia.

Some backyard flocks in different states, including Maine and New York, have also had the flu.

The USDA confirmed the cases after agricultural officials euthanized 29,000 turkeys in southern Indiana in what was the first confirmed case of H5N1 on commercial poultry farms since 2020.

Federal and state authorities are taking action with poultry farmers to increase biosecurity and prevent new cases. However, it raises concerns as to why bird flu is increasing across states.

“We don’t know how this strain of bird flu entered the United States. It could have been imported multiple times, creating clusters of infection in different states,” said Dr William Schaffner, professor of preventive medicine at Vanderbilt University School of Medicine. “Now in the United States there are fears that this bird flu could spread more widely, transmitted by migrating wild birds that may mingle with domestic flocks of chickens, ducks and turkeys.”

“It’s flu season and it’s no surprise that some herds are infected with the flu. It may have spread to other regions but has not yet been tested or identified,” said Dr. Carl Fichtenbaumprofessor of clinical medicine at the University of Cincinnati College of Medicine.

“Indiana borders Kentucky, so one could hypothesize that regional spread is possible, but that doesn’t explain why in Virginia,” Fichtenbaum added.

However, Fichtenbaum recommends additional monitoring to accurately determine the cause of the spread.

People rarely get bird flu in its current form, but it can cause serious illness when it does occur.

“The risk to the general population is low at this time. However, as wild birds can travel, the risk may spread to other states,” said Dr. Scott Weisenberginfectious disease specialist and clinical associate professor of medicine at New York University Langone Health.

According to , there have been 700 human cases of the H5N1 virus in previous years and only 40% have survived. This figure translates to approximately 6 deaths in every 10 human cases.

Experts point out that transmissions to humans are rare, but can be deadly when they occur.

According to Fichtenbaum, “the H5N1 strain is known to infect humans and cause a more severe form of bird flu.”

Fichtenbaum said there’s a chance a strain could move through the human population and spread more widely.

“The people most at risk are people who spend a lot of time with infected birds,” said Dr Nima Majlesidirector of medical toxicology at Staten Island University Hospital.

But Majlesi noted that preparedness efforts for H5N1 have been extensive because the strain is circulating and has been responsible for several human infections in the past.

“According to the CDC, the [H5N1] the vaccine is stockpiled for pandemic preparedness by the United States government. The vaccine could be used if an H5N1 virus begins to transmit quickly and efficiently from person to person,” he said.

The avian virus is usually present in the mucous membranes, feces or feathers of an infected bird. Human cases are possible when a fair amount of virus enters a person’s eyes, nose or mouth through contact with the bird.

Experts say is to avoid sources of exposure.

Here are the safety tips to follow as outlined by the CDC:

Additionally, Fichtenbaum recommends that you wash your hands before eating or touching your eyes, nose or mouth, wear a mask in public to prevent transmission, stay home if you are sick, and encourage others to do the same.

“Influenza is transmitted primarily through droplets and can be aerosolized,” he said.

The recent avian flu outbreak is causing concern among federal officials, especially as the world struggles to recover from COVID-19.

Experts say that although human cases of bird flu are rare, they can be serious when they do occur. However, following safety guidelines established by the CDC can help prevent transmission.

Experts say it is safe to eat well-cooked poultry products and to handle raw poultry hygienically.

Guide to Britain’s Pigeons and Doves: Species and How to Identify Them