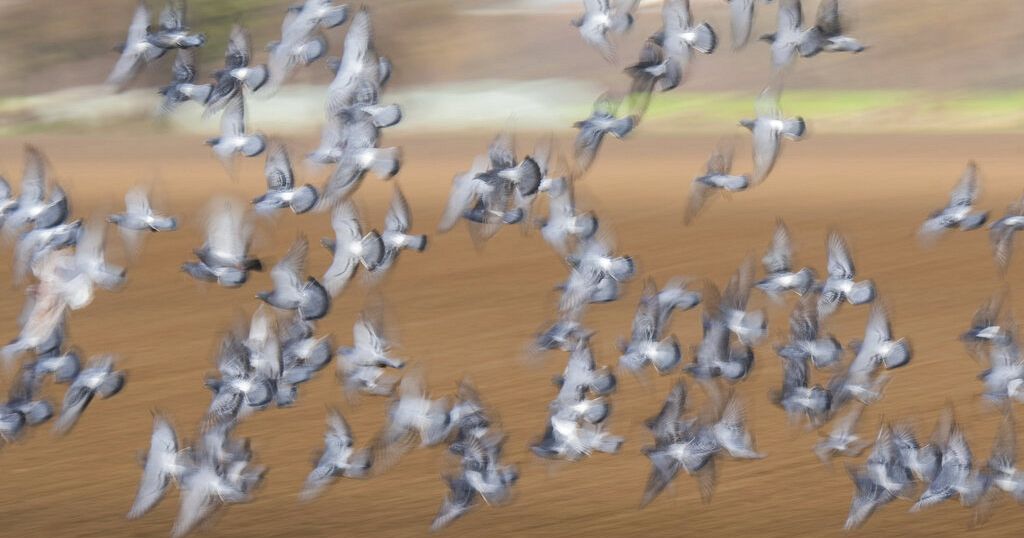 Why the pigeon sport is spreading its wings in Senegal

For some they are a nuisance in flight, but pigeons are a big deal in Senegal.

From his roof in a suburb of the capital Dakar, the trader and pigeon fancier Moustapha Gueye releases dozens of birds from the dovecote, which quickly fly out of sight.

“Here, it’s a factory, I create athletes,” he says.

He takes care of his winged friends every morning by training them and developing crosses suitable for flight in hot weather.

“It’s a sport created by Europeans, it was imported here. We discovered pigeon racing thanks to the Internet. But before, we were only pigeon breeders“, explains Gueye.

Although more popular across the continent, it is a growing sport in this West African country.

Today there are some 350 pigeon fanciers in Senegal who spend a lot of money. A pigeon can cost more than 800 US dollars in the country.

â€œCurrently I am dealing with pigeons. I earned several million CFA francs by selling pigeons, I even bought a car thanks to these pigeons, â€he says.

â€œBut the most important thing for me is passion.

“It’s exciting to have pigeons, when you start racing, release a pigeon 400 km from its loft and it comes back, that’s something you can’t explain, it’s great! “

The pigeon sport has clearly taken off in Senegal and continues to spread its wings.

Senegalese pigeon fanciers want to awaken others and some hope to eventually become professionals.

But breeder and fancier Oumar Johnson says some people go too far in their dedication.

“When you are too busy with the pigeons things can go wrong,” he says, adding that the fanciers’ federation envisions less time-consuming races for the youngsters.

Young people are nonetheless the future of the sport, says Johnson, adding that their dedication will one day make Senegal “one of the greatest pigeon nations”.

“In Europe, we have to motivate young people to get involved,” he says.

The pigeon race takes off in Senegal