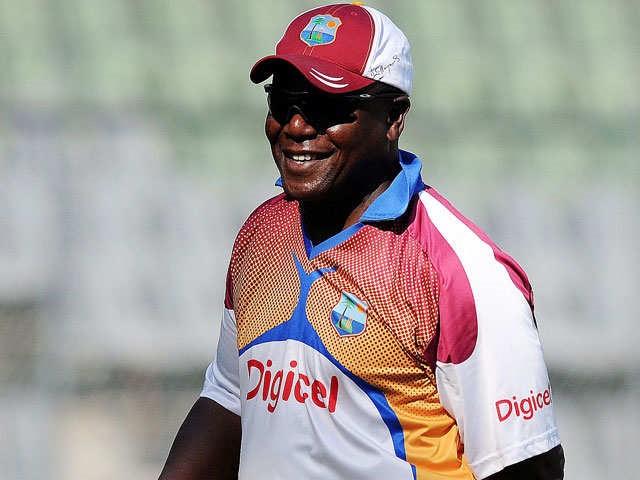 The famed West Indies fly-half is now the men’s head coach, and he’s rising to the challenges of the position in the contemporary era.

With a tight schedule, three distinct formats and multiple franchise competitions to consider, the job of an international cricket squad has never been harder. He discusses these questions and more in an exclusive interview with Betway Insider.

When did you decide you wanted to be West Indies coach?

I was a manager for the Barbados Cricket Association in the 1990s, so I had some experience in selecting teams.

When I was contacted for the job I decided it was the best time to give back to West Indies cricket.

They wanted a head coach, so they told me about it, and that’s when I started to think about it seriously.

What do you think are the essential characteristics of a good coach?

Being a professional is also important. You never get your way as a coach. When you want a player, you can find yourself in the minority.

There were five coaches in the West Indies, today there are only three. Our goal, as I always say, is to pick the greatest players. It doesn’t matter where they come from or what format they play.

When it comes to spotting foreign talent, what are the main indicators you are looking for?

You look at the personalities of the players and their dedication to training and cricket in general.

Obviously knowledge of the game is crucial for me as it helps me ensure that players understand and study the game.

In the end, it is also a question of competence. To play cricket at the highest level, a player’s skills must be capable of producing and performing well for the West Indies.

When making a decision, how do you balance stats with instinct?

Statistics are essential, but as I said before, it is about recognizing skills and looking at the individual. I keep coming back to the character to see if he can contribute to the team.

It’s important to know their stats, though, because if they’ve had any issues with the spin or ball swing, or whatever, I’ll have to take that into account.

We are very fortunate to have the analysts and the technology to provide us with this information.

How connected are you with the coaching staff when it comes to the practical aspects of your role?

I maintain a safe distance because I believe my responsibility is to develop the players, to choose them, and then to delegate the coaching to the coaches.

What responsibility do you feel as a coach for performance results?

We all want the same things, and it’s not about anyone in particular. We all believe we picked the best team to play and if they don’t we’ll bear some of the blame, says West Indies coach Marlon Samuels.

When it comes to choice, how much do you allow each outcome to influence your decision?

This is a procedure that will take a long time. It is essential to provide opportunities to players. If someone fails, you need to look at the circumstances surrounding their failure, like how they failed, how they escaped, etc. There comes a time when you can only give someone so many opportunities. If you want to get the most out of a player, he has to understand that there is competition.

The cricket calendar is busier than it has ever been in modern times. As a coach, how do you manage rest and rotation?

Spin is crucial, especially for fast bowlers, in my opinion. Back-to-back Test matches are scheduled for the upcoming visit against England. It will be quite difficult for each of them to play 15 days of cricket in a row. This allows you to play a game with someone else.

How do you make sure that you take care of players’ mental health during drafts, especially in this era of bubbles?

I can’t imagine how difficult it must be for players to be confined to a hotel room, says Sir Alex Ferguson, who led England to three World Cup finals with Nottingham Forest and lesser 20-year-old from Wales at Twickenham.

What do you think of the franchise competitions affecting the selection of the West Indies national team?

The IPL has a window in which players are allowed to participate. But it’s with all the different franchises around the world that you run into problems. Then you have to balance the demanding schedule of international cricket.

How do you think young players can strike a balance between franchise cricket and international cricket?

Everyone wants to play where there is a lot of money, but it is essential that you focus on becoming a better cricketer. Always try to learn as much as you can about the game, research facts and pick the brains of some legends. You can make a lot of money from gambling if you do the right things, take care of yourself, and stay healthy.

Do you think multi-format cricketers are the way of the future, or do you think players will be more pigeonholed in the future?

I think players should be able to participate in many formats of cricket. India and New Zealand have demonstrated that if you can play Test cricket well, you can play any form of the game. Players choose the format they want to compete in.

The West Indies seem in good shape at the moment. What do you think of the current crop of players?

The West Indies will always have skill; it’s just that we don’t have the numbers. We cannot compare to countries like Australia and India, which have a large number of cricketers. I think it is essential that the ICC examine measures to help countries with small populations, such as the Caribbean, Sri Lanka and Pakistan.