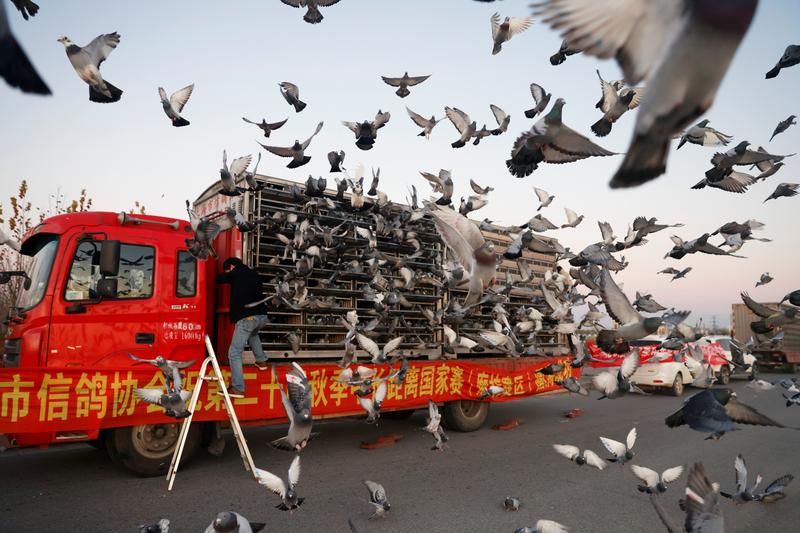 With beating hearts, pigeon fanciers in China spend big to satisfy their passion

BEIJING (Reuters) – Yu Yuguang’s heart beats faster every time he stands on his roof, staring up at the sky, waiting for one of his pigeons to pass through the hatch of his loft.

â€œThese are the most intense and enjoyable times in a pigeon race,â€ said Yu, 57, adding that sport is like playing the lottery.

He got lucky. â€œLittle Ancestorâ€, his 7 month old pigeon, came first in a recent Chinese Racing Pigeon Association race, beating over 4,800 competitors and completing a trip of just over 1,000 km from Langfang, near the Chinese capital Beijing, to Shanghai in a record time of 16 hours, 24 minutes and 54 seconds.

In China, where pigeon racing has a long history, economic development has allowed the sport to expand beyond the ultra-rich. The membership of the Chinese Pigeon Association has grown from tens of thousands in the 1980s to around 400,000, according to its vice president, Huang Jian.

By way of comparison, Belgium, the traditional cradle of sport, has around 20,000 pigeon fanciers.

That said, most of the huge sums that go into the sport come from top-level enthusiasts with deep pockets, eager to get their hands on coveted bloodlines.

In November of this year, a Chinese collector made headlines when he paid 1.6 million euros ($ 1.9 million) for a carrier pigeon at an auction in Belgium.

Some Chinese breeders are also willing to bid heavily on their own birds at auction to increase their market value.

A Hangzhou-based breeder, who gave his name as Ying, traveled to Beijing last month for an auction, buying back six of his own pigeons that had placed well in the races.

â€œI am so in love with pigeons. I love them so much. In my heart, the pigeons come first and my wife and children second, â€he said.

“Like a drug”: pigeon racing takes off in Senegal