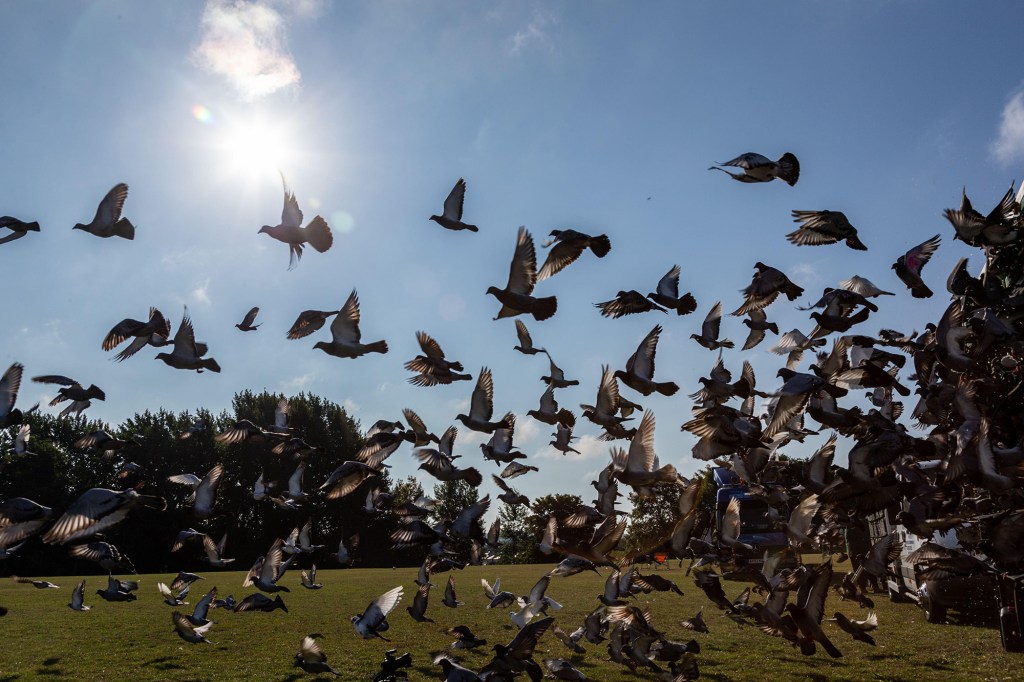 “Worst day ever” for pigeon racing as 5,000 birds go missing

They stole the chicken coop – and vanished into thin air.

Bird handlers are devastated after a staggering 5,000 carrier pigeons appear to have gone missing in a race across the UK.

“We had one of the worst racing days in our history,” said Richard Sayers, a pigeon fancier. wrote in a Facebook post chronicle of the feathery fiasco, which occurred on Saturday after 9,000 carrier pigeons took off from Peterborough, Cambridgeshire, on a trip north-east. And while the 170-mile round-trip flight should have taken just three hours, more than half of the avian competitors were still missing last night.

They would be among 250,000 pigeons released in around 50 races across the country – with only 10% back on time and tens of thousands missing, reported the Sun.

This weather event may have distorted the Earth’s magnetic field, which pigeons use to navigate like a weather GPS.

It is not known what prompted the squadrons of youngsters to seemingly disappear into thin air. However, Sayers, whose local loft is said to have lost up to 300 birds in the flight-marriage phenomenon, said most breeders “blame the weather conditions, perhaps a solar storm above the clouds that created static electricity in the atmosphere ”.

Ian Evans, CEO of Royal Association of Pigeon Racing, finds the disappearance of the Bermuda Triangle particularly disconcerting because “the weather conditions across the country were good”. He added that “there was no suggestion that birds would have difficulty returning home.”

“I’ve never heard of anything like this,” lamented the mourning bird boss, 45, who has reportedly owned pigeons since the age of 9.

To help recoup losses, Sayers implores “anyone who encounters a carrier pigeon to feed it, water it and let it rest”, after which “there is an 80% chance that the birds will set off after a few hours. days “. he told the Daily Mail. The North Yorkshire native added that carrier pigeons can be identified by a paw ring indicating their “code and number”.

To avoid such disasters in the future, Royal Pigeon Racing Association boss Evans is in talks with the UK’s National Weather Service to get reports of any unusual solar activity.

Thousands of birds disappear during the race